More
HomeCelebrityEllen Pompeo aka Meredith Grey of Grey's Anatomy Bids Farewell to the... 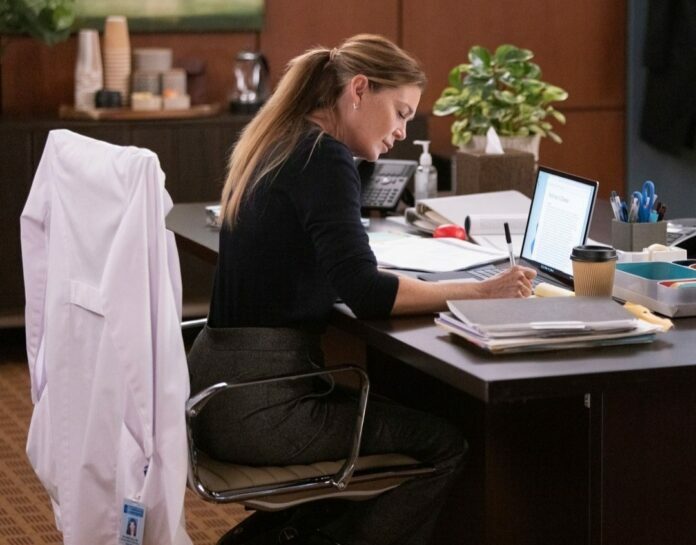 Grey’s Anatomy which has been set to return on Feb 23, will feature the medical drama’s biggest departure.

The series lead is played by Ellen Pompeo. A promo at the end of tonight’s fall finale gives a teaser in which Meredith leaves Seattle.

Meredith’s storyline this season, won’t be a surprise since she decided to move to Boston in the previous week’s episode after Jason offered her a job working on Alzheimer’s research. Zola fell in love with a school there.

Ellen Pompeo will be back for her on-screen presence on Grey’s Anatomy this season for eight episodes. February 23 will be her farewell as a core cast member.

Ellen Pompeo, who will be soon starring in a Hulu limited series is expected to return for Grey’s Anatomy’s Season 19 finale.

She will remain as an executive producer and will provide the voiceover narration for all the episodes for this season. With Pompeo’s departure as Grey’s title character, the series introduced a new group of interns in its biggest cast change.

The overhaul seems to be paying off well as the new characters are receiving a largely warm reception from the show’s fans. The Series made a record for the 20th season of TV’s longest-running medical drama.

Though the fans hadn’t started any talk about the overhaul yet soon these talks will start. Grey’s Anatomy studio ABC, will make a deal with several actors on the show, whose contracts are soon to end this season, including the last remaking original cast is Chandra Wilson and James Pickens Jr.

Meredith announced her departure from Grey’s Sloan in an email. To make Meredith’s move look more permanent, her house burned to the ground and Derek wrote their vows on surviving.

Meredith wrapped her last day at Grey Sloan in high spirits and was toasted by all her colleagues.