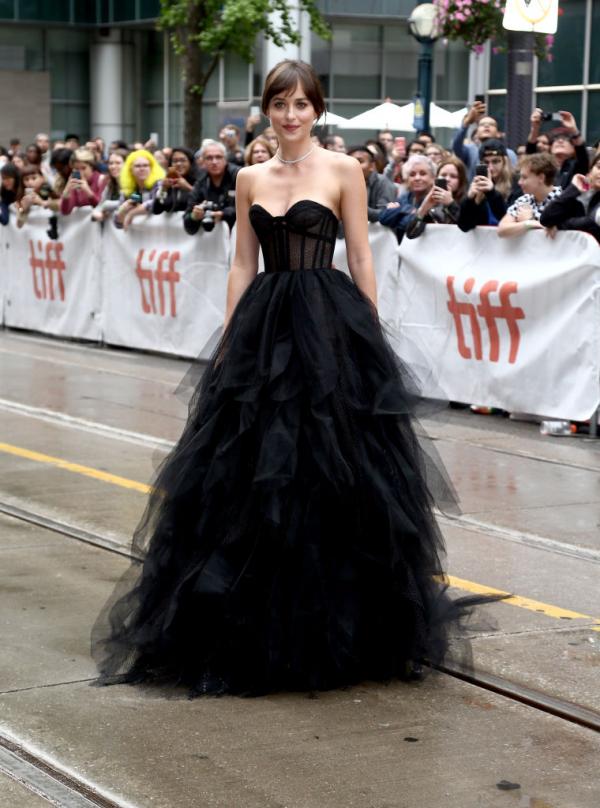 Dakota Johnson, who recently attended the Toronto International Film Festival, spoke on life after the Fifty Shades Of Grey trilogy. Dakota was present there for the world premiere of her film, ‘The Friend’.

In her latest film, “The Friend,” Johnson will be seen in the story of a man who moves in with his dying friend.

When asked if she still gets the same sort of sexy role after the success of the “Fifty Shades” franchise, Johnson explained why that didn’t happen.

Speaking to TheWrap’s Sharon Waxman, she said that not all movies are similar to Fifty Shades and that’s why “not a lot of big naked franchises” came her way. However, that doesn’t mean she’ll never pick up such projects.

Johnson said that if there’s a project with a similar plotline, she’s “not going to steer away from anything.” The actress  “wants to do everything” and “wants to learn”. She loves her profession and hopes “to keep doing this job because I’m really lucky.”

Furthermore, Johnson wants to make films that others can relate to and identify with. She also told her way of selecting a particular project over the other.

She said that her attention is drawn to stories which “possess a pretty profound level of humanity”. Johnson added that she doesn’t have a plan and  just “wants to work with great people.”

Dakota started acting at the early age of 10, with a minor appearance in Crazy in Alabama (1999). Dakota’s parents are actors Don Johnson and Melanie Griffith. Interestingly, she was discouraged from pursuing acting until she completed high school.

Subsequently, after high school, Dakota started her career by doing supporting roles. She had minor parts in comedies 21 Jump Street, Goats, and The Five-Year Engagement (2012).

Besides her upcoming film ‘The Friend’, Dakota will next star in the comedy film Covers.

Margot Robbie’s ‘Birds Of Prey’ Teaser Leaked Online; She Takes a Dig At Joker, Pennywise
Cara Delevingne and Ashley Benson decide to get a bit too cozy at the US Open finals!