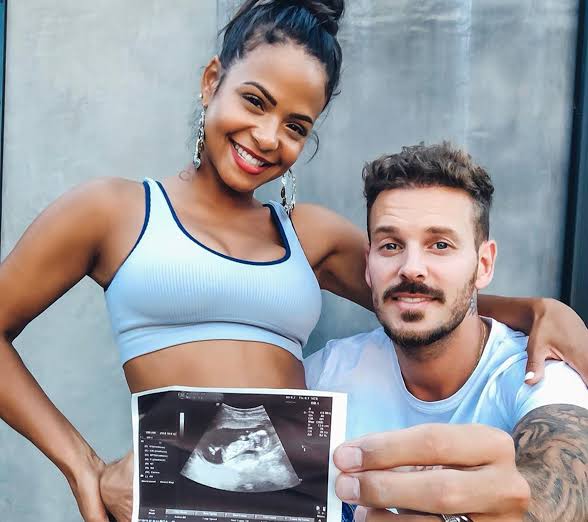 The actress, songwriter, and singer, Christina Milian have recently announced the arrival of her second child. The child is reportedly a boy.

Christia Milian and her boyfriend Matt Pokora recently posted an adorable photo aside each other and the latter holding the sonogram photo on Instagram.

I’m Delighted to wait the arrival and Welcome the Beautiful Being that’s on the way for @christinamilian and @mattpokora. What most may not know is I’ve asked for this moment to be Realized more than I can count. I have also made my best efforts at making sure whoever was in your life loved You and Adored You! I’ve Said if it’s Love do not hide it in the Dark let it inspire us in the light. I am so happy for You Tina most of all. Beyond this Business there is a common love that sometimes get left behind. A child itself can not Will that love but two people who love each other can will that love into a child. I told you recently and asked what are you waiting for. 😭 I’m glad the wait is over! This time around Make sure no one comes in between your happiness and will to love and be loved! Love who you want and how you want! @mattpokora I believe in you based off of our convo she has the Right human being to stand beside. Sending You much Love and Joy! You both should be Elated and do not dismiss a moment of this journey it goes by at light speed it seems! ✊🏽from @Thekingdream and @MrsNashxo we send you Infinite Love

The couple started dating back in the year 2017. The expected child will be the first of Milian and Pokora, as together. Milian’s first child, a 9-year-old daughter named Violet Madison, was with her ex-husband, music producer Terius Nash (The Dream) who wished the couple over Instagram.

Back in 2018, Milian, the 37-year-old celebrity, in an interview to Life & Style, said that “I want to have more kids.” She further added, “I would love to get married again, too.” Looks like the good news, at least one of the above at this moment, finally knocked her doors.