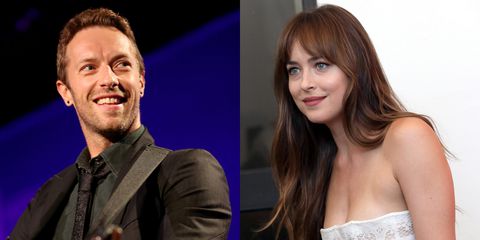 Back in October 2018, the couple was even reported about having a baby gender reveal ceremony at Chris’s Los Angeles home. Sean Penn, Julia Roberts, Don Johnson, and Melanie Griffith were among the few present at the event. Blue balloons were set afloat at the end of the ceremony, which marked that a baby was expected to be a boy. Soon after, Johnson cleared the matter out in his statement to US Weekly that the party was a mere birthday celebration of his turning 29!

The 50 Shades of Grey star Dakota Johnson and her musician boyfriend Chris Martin had always been very private when their relationship was in question. The Sun, in June, reported that the couple is no longer together. After dating for around one and a help year, the two had parted ways. This news came to as a shock for their friends and family. On 1st August 2019, the Dakota uploaded a picture of her and Chris together at the wrap party of Covers. The film features Chris Martin.

The probable breakup was reported by sources who expressed that an engagement was going to take place, but both the stars did not agree upon the family planning. According to the source, Martin wished for more kids right away wheres Johnson wasn’t prepared for the same and wanted to concentrate on her career for now. Martin has two kids at present from his ex-wife Gwyneth Paltrow.

Now the questions that arise are are they getting back together or did they never break up at all? Can it happen that they are ‘just friends’ now? The answer to the questions cannot be confirmed as the two won’t open up.