GOSSIPNEWS TO THE RISING SUN
More
HomeEntertainment
February 8, 2020 12:04 am EST

The actor who is known for his singing and is one half of a pop band named The Driver Era. He is also known for his debut in Austin & Ally. Ross Lynch has just revealed the affection towards his guitar in an interview.

How it all started?

Chilling Adventures of Sabrina’s actor Ross Shor Lynch told in a recent interview about the time when he started becoming obsessed with the guitar. He was around 15 years old when he begins playing the guitar. After that he discovered about various prominent guitarists. He also informed that he has an acoustic guitar which he calls as Butter. It is his favourite guitar which he loves to play at home and in free time.

The kind of Guitar he wants…

When Ross was asked about the type of Signature Guitar he wants, he answered that he wants a unique one. Something which is not seen before which will be fun to play.

Other things about Ross! 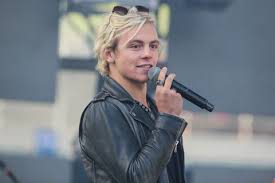 He told that his guilty pleasure is ‘Shania Twain’, he loves to listen her singing. When asked he revealed that he doesn’t have many mentors who will guide him. The interviewer questioned, if he could play only one thing what would it be? He replied that he can play anything that he wants whatever he feels to play. Every time he picks up his guitar he tries to make something new and different, Ross Lynch added.

He also mentioned that once he and his brother Rocky Lynch borrowed a guitar. They went to a fair along the borrowed guitar to do some random stuff. Someone came and stole it while they were busy playing. It was a big incident happened because the guitar was taken from someone else.