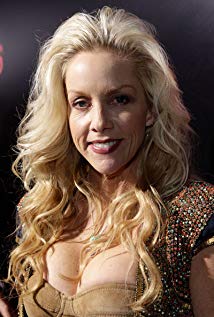 Janet Jackson, the new inductee to the Rock & Roll Hall of Fame, vouched for more leading ladies in the industry to be inducted to the Hall of fame. The younger sister to Rock great Michael Jackson said, “In 2020: Induct more Women!” to thunderous applauds of audience.

Four years ago, the induction of Joan Jett had raised similar outcry of snubbing the ladies in the music business.  This has made a lot of people think can The Runaways, an all-girl band of the ’70s could ever get in. Cherie Currie, the former frontwomen of The Runaways in interview advocated for Suzi Quatro instead of voicing for her induction. The former singer was all praises for her Rock & Roll sister Quatro and gave no chill to Rock & Roll Hall of Fame.” I cannot take it seriously, and I don’t want to be a part of it unless she’s in. Suzi Quatro’s the first,” said Currie.

Suzi Quatro was the badass bassist for Fanny who scored big on the billboards in the ’70s in Europe and Australia. Later, the American TV star has also publicly displayed her displeasure for the Hall of Fame Snub. Currie continued, there would be no Joan Jett or Cherie Currie if not for Quatro who has inspired a generation of girls.

Cherie Currie is promoting her new duet album with fellow singer and rock pioneer Brie Darling, “The Motivator”.  The two meet each other 2-years ago while they lent voice for the reunion of the first all-women band to sign a label Fanny. They were introduced by Pattie Quatro sister and one-time band member of iconic Suzi Quatro for backing vocals to her album “Funny Walked the Earth.”

Jason Rothenberg Tweeted that the Sci-fi series “The 100”, will end with season 7! What twist can we expect to unfold from the same?
“Adam Warlock” is not in any MCU movies: “Avengers: Infinity War”or “Avengers: Endgame.” Find out why?
Comment