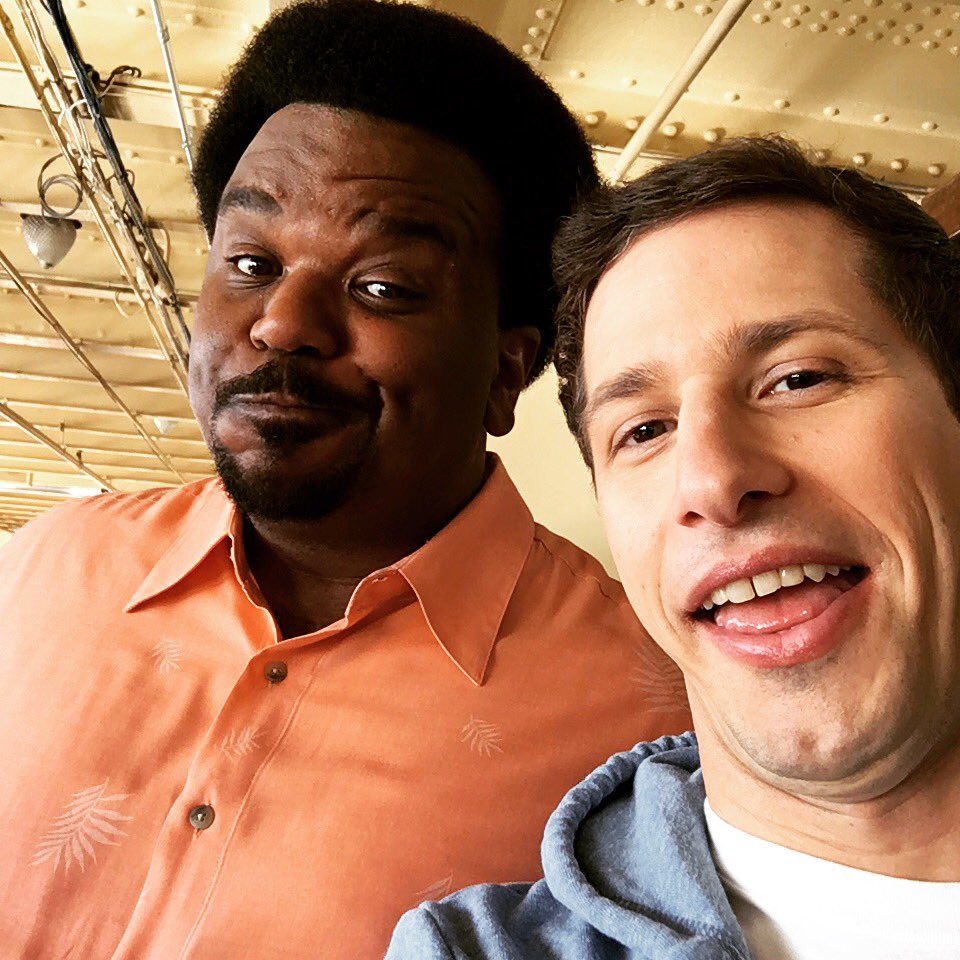 Brooklyn Nine-Nine co-stars Andy Samberg and Craig Robinson are teaming up once again for yet another exciting project. So, it seems like Jake Peralta and Doug Judy are going to join hands for another adventure soon enough! This team up will also be a rib tickling one for sure!

Andy Samberg And Craig Robinson Are Joining Hands For Yet Another Project!

Andy Samberg and Craig Robinson along with Common are all producing and starring in the upcoming action-comedy titled Super High at New Line Cinema. While Adam Mansbach is all set to pen down the screenplay based on a story that he created along with Shamier Anderson,  New Line Cinema reportedly won the project at a bidding war.

As the title of the upcoming release suggests, the story is described as a superhero movie with a twist! Instead of naturally gained superpowers, a special strain of weed will give superpowers to the smoker! It seems like it will be a hilarious watch for fans! We wonder what happens after these smokers gain powers from this unconventional weed!

Andy Samberg is teaming up with Common and The Office's Craig Robinson to develop a stoner superhero comedy titled… Super High. 💨 https://t.co/Vr8c1vYZ5o pic.twitter.com/ZYEMcOI8Ys

The Two Actors Will Be Starring In An Action Comedy!

The two are already a fan favorite pair as they star in the popular comedy series Brooklyn Nine-Nine frenemies Doug Judy and Jake Peralta. While fans absolutely love the two as they indulge in rib tickling activities from time to time in the series.


Andy Samberg’s latest release Palm Springs in Hulu has been a big hit since its release. The plot of the upcoming action comedy already looks promising enough and will sure be a rib tickling watch for fans! We are already waiting for the actors as they might get super high in this upcoming new release!