Attack on Titan Season 4 Is Returning! Read to Find Out Everything You Need to Know 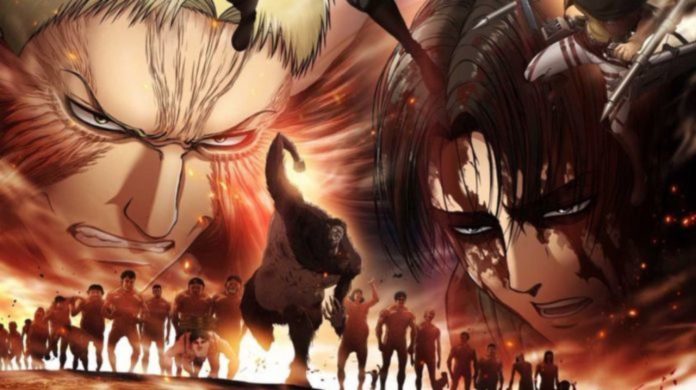 Season 4 of Attack on Titan is confirmed to be the last chapter of the anime!

The popular anime series Attack on Titan is returning this year and here is what fans can expect from its season 4. The anime is based on the manga by Hajime Isayama, which was launched in 2013, soon gaining popularity and attracting a crossover audience who had no previous interest in anime.

After the completion of season 3, it was announced that season 4 will be officially happening. Since then fans are eagerly waiting for it. The season 4 is expected to be comprised of two blocks of 10-12 episodes.

Will It Be The Conclusion?

Season 4 will be the final season of Attack on Titan which will give a proper ending to the series anime which fans love to watch.

Attack on Titan season 4 finds itself in a strange position since the manga series is still running. In a previous announcement, it was confirmed that the Hajime Isayama comic series was publishing its final arc But there was no telling announcement about how long will it take for the final season of manga arcs. Season 4 is expected to consists of 12 episodes in 2 blocks.

By the end of season 3, Attack on Titan finally explored the basement of Eren which crack opened the truth of the world, the Titans and the unknown history. If the anime series stays based on manga, season 4 will explore a new crop of characters that exist outside of the walls in the enemy land of Marley. In the end, the new and old cast merge and events will build towards a climactic showdown between the Eldians inside the walls and those who have kept them captive for over 100 years.

How To Watch The Season 4

In Japan, Attack on Titan season 4 will be aired on the NHK General TV network. The viewers outside Japan should be able to watch subtitled episodes on Crunchyroll.