Attack on Titan Season 4: Check out to know the details of the last and final season four of the famous anime attack on Titan

Attack on Titan, one of the most adventurous and anticipated anime, is all set to release its fourth and final season of the series. 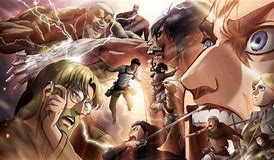 Attack on Titan is an anime television series of Japan that is based on the manga of the same name by Hajime Isayama. It was originally released on April 7, 2013. Till now, the series consists of three seasons with 59 episodes and 8 Original Video Animations. The series was further scheduled for the release of a fourth season in Fall 2020. It will be aired on NHK General. The same was announced when the final episode of the third season was aired on July 1, 2019. The exact and official date of the release has not been officially released yet.

A 15 seconds teaser was released announcing the fourth and final season. One of the Attacks of Titan animators also tweeted an animation process of the season on October 22, 2019.  Season 4 is also expected to be divided into two parts, just like Season 3, each consisting of 10 to 12 episodes.

The plotline of Attack on Titan Season 4 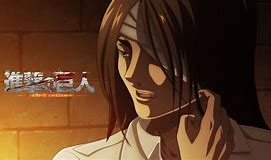 It is not yet known what will be the exact plotline of Season 4, but since the first three seasons following the anime series, the fourth season will also be the same.  Season 4 will go beyond the confinement of the Walls and move into more unchartered territories and their enemy land, Nation of Marley, who is also responsible for titan attacks on them.  It will explore the history of the Titans and the human world. It will also explore life inside the Nation of Marley.

The release of the fourth season episodes can be viewed by the fans on Funimation, Crunchyroll, and Hulu. The previous is also dubbed and subbed in these sites and apps.