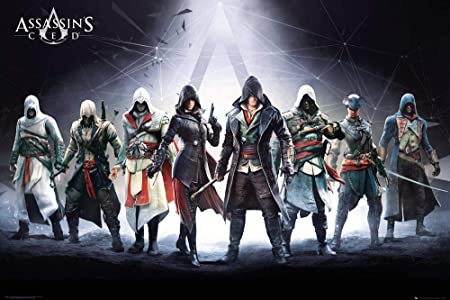 “Assassin’s Creed” is famous action video game which is developed by Ubisoft Montreal. It is Ubisoft’s studio. It was first released on 13th November 2007 and the latest release was 2 years ago on 5th of October, 2018. According to the company, it has sold 155 million games worldwide in 2016. So, it is for sure that people are going to love the adaptation of the franchise.

Recently, Netflix has announced that it will adapt “Assassin’s Creed” into a live action series with Ubisoft

Previously, Netflix has adapted video game series such as “Resident Evil” and “The Witcher” which were big hit. Therefore, there are high expectations from the makers of the series. Peter Friedlander, the head of Netflix  did the official announcement. He said that, Netflix will be adapting “Assassin’s Creed” for a live action franchise in the partnership with Ubisoft.

In fact, there are chances that the series may also get renewed in the future.

However, it is not first time for Ubisoft that there games are adapted for a franchise. There was a film adaption starring Michael Fassbender in 2016 which was rejected by the audience. But this time the hope is high since Ubisoft has partnered with Netflix.

Synopsis in the game

Although, the plot of the adaptation is not yet revealed but it the basic story line will remain same. The plot line in the game revolves around two ancient secret societies. Both the societies suffers conflicts because of rivalry between them. “The Assassin” represents freedom while “The Knights Templar” represents order.

Cast of the adaptation

The cast is not yet revealed and there is only official announcement of the adaptation. Well, the companies have said that, they are currently in search of showrunner.  Jason Altman and Danielle Kreinik will be the executive producers.

The Mandalorian: First Episode of Season 2 has Released and Baby Yoda is back with his Charm – Detailed Review
The Mandalorian: Season 2 Premiere got everyone Rooted to their Spots and Left them Rattled with the Cliff-hanger in Finale