Arrow to have a female led spin off, focused on the Canaries after the show ends!!

Arrow is coming to an end by early 2020, but it seems some of the popular characters will be returning again to the TV screens. There is news that The CW and Warner Bros are probably developing a spinoff of the show, with its strong female characters continuing on into the new series.

The last episodes of Arrow are supposed to be where the backdoor pilot will be introduced. The series veterans Katie Cassidy Rodgers and Juliana Harkavy are set to return in the spin-off, along with Katherine McNamara. The three are supposed to star as Canaries Laurel Lance, Dinah Drake, and Mia Smoak respectively. And from reports, it seems that in the spin-off, Mia will be taking on the mantle on Green Arrow, which started with her father, Oliver Queen. 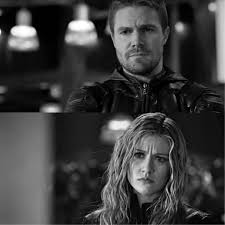 The female-led Arrow spinoff will be focused around the crime-fighting team The Canaries. The female vigilante group is known to operate in the future version of Star City, which has been overrun by the uprising of the denizens of the city who are known as The Glades.

While there have been no confirmations and verified the news, the cast suggests that the spin-off will be set in circa 2040. It seems part of the present crew will continue on the spin-off project. Auteurs Greg Berlanti, Sarah Schechter, Beth Schwartz, Marc Guggenheim, Jill Blankenship, and Oscar Balderrama will act as executive producers on the project. Furthermore, Schwartz, Guggenheim, Blankenship, and Balderrama will also be involved in writing the backdoor pilot.

There is also scope for a connected universe with The Flash, Supergirl, Legends of Tomorrow and the soon to debut Batwoman. The next generation of DC shows will be exploring the female heroes and characters more, which is amazing news for mainstream television.

Arrow will be coming to an end with its upcoming eighth seasons. The final season will have 10 episodes. The last season will be aired from October 15th.