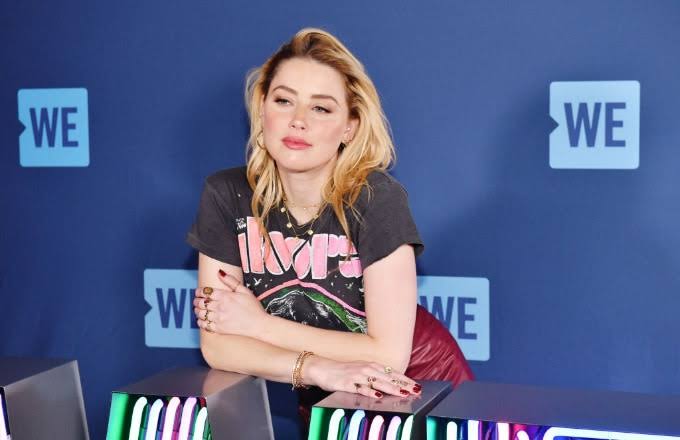 Amber Heard has again come forward to raise her voice against gender inequality. This time, with her participation in the #freethenipple campaign. Amber took to Instagram to slam the social networking site for showing the double standard in its nudity guidelines by posting a photoshopped picture of her Aquaman co-star Jason Momoa.

33-year-old Amber posted the picture on Sunday, 20th October, to protest against Instagram’s censorship policy concerning the show of male and female nipples. This outrage is in response to the censoring of one of Amber’s pictures on Instagram by the social networking site.

In honor of IG’s rigorous and equitable Community Guidelines against showing the Female nipple ..and since mine enjoyed the brief privilege that’s afforded to my male counterparts.. I decided to pay homage by replacing it with a picture that DID meet IG’s strict nudity guidelines and such careful gender policies. See my stories to vote on which edit you prefer the most ..and thank you IG, here’s to 2019!

Last month (September), Amber had posted a picture of herself that showed her nipple. In the picture, Amber wore an open front black blazer that exposed her nipple, which she paired along with dark pantyhose and lingerie. Because Amber’s nipple was visible, Instagram censored the picture. However, the hypocrisy is that Instagram guidelines don’t restrict the show of male nipples.

To protest against this hypocrisy, Amber posted a picture of Jason Momoa’s character Aquaman. But the picture had Amber’s bare chest superimposed over Jason’s chest. 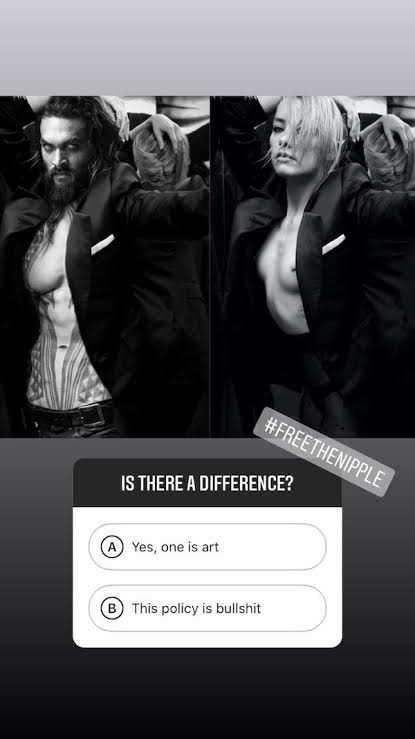 In her Instagram story, Amber posted side by side pictures of Jason’s photoshopped photo and her original photo which got censored. She asked her followers if there was any difference and gave two options A (Yes, one is art) and B (This policy is bulls***).

Amber also clarified that she had no animosity against Jason. She wrote, “Btw, love you AquaHubbs! Sorry to use your pecs to make a point!”