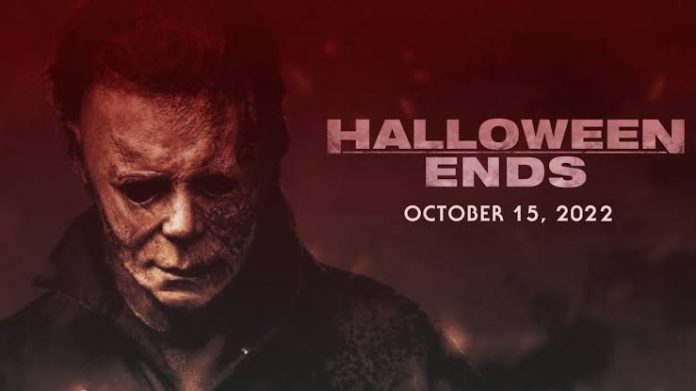 Who doesn’t know about The Halloween? The legendary Slasher movie which stunned everyone on the day of its release on 25th October 1978. Following the story of The shape, the unkillable Michael Myers. The story begins on a Halloween night of 1963 when young Michael Myers murders his 17 year old sister Judith. He was sentenced for 15 years but, on 30th October 1978, Michael escapes from prison & hunts for his next victims.

There have been many sequels and a few reboots of The Halloween. But, most notably The Halloween which released on 19th October 2018 was most loved by fans. The original cast returned in the movie where Jamie Lee Curtis played as Laurie Strode, Nick Castle played the iconic role of Michael Myers etc.

The story followed the original story but after 4 decades of the last incident. Laurie comes face-to-face with Michael Myers after he again escapes from captivity. Now Laurie confronts Michael instead of running away and tries to put an end to his killing spree. Halloween 2018 couldn’t be as good as the classic 1978 movie but it received a lot love from the fans and critical acclimation.

Halloween Kills which came out on 2021 is the continuation of the 2018 movie. Even though Laurie thought that Michael was dead and it was all over, she was wrong. As said in a previous movie, ‘you can’t kill the boogeyman.’ Michael was still alive and out to hunt Laurie. Now, Laurie and other survivors form a vigilante mob to kill Michael Myers once and for all.

Even after a long delay due to pandemic, Halloween Kills was a superhit last year. But this time Halloween Ends won’t be late as the official release date is 14 October 2022. The shooting of the movie is underway in Savannah, Georgia. Recently few unofficial photos have been released showing Jamie Lee Curtis’ return to the franchise.

But, today Jamie marked her official return to the film but uploading an on-set selfie in her social media accounts. Very little is known about the plot but, as the last movie shown a bloodbath at the hands of Michael, we are fully sure that no one will be safe in this movie. But the real question is, will evil really die this time and will Michael’s killing spree finally come to an end? Well, then lets wait till the movie comes out on theatres on 14th October.

Also read: “PERCY JACKSON AND THE OLYMPIANS” BASED SERIES GRANTED AT DISNEY+