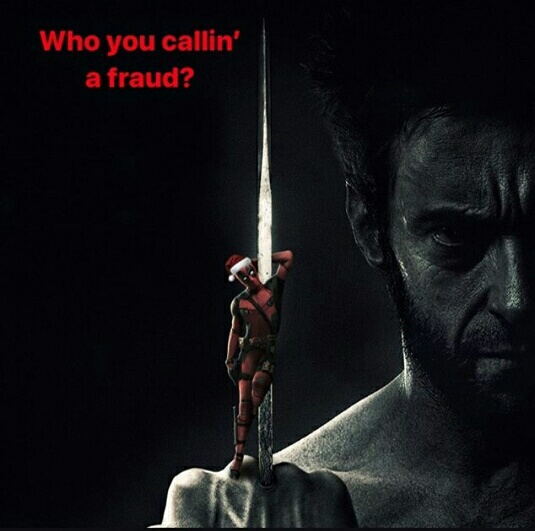 Recently the Deadpool star Ryan Reynolds appeared for an interview at the Australian’s ‘Today’ show for the promotion of his new movie ‘ 6 Underground ‘. There he added a new chapter to the social feud between him and Hugh Jackman. He called the Wolverine ‘ fraud and evil ‘.

Teasing Jackman, he said on the show, “He’s just an evil person. You guys have all been duped…

“You think he is this benevolent ambassador from your country, people don’t realize he is from Winnipeg, Canada… The Truth makes your eyes water. Hugh Jackman is a fraud.”

He said that the Sydney born Jackman was not a true Australian but in actuality, he was a Canadian from Winnipeg.

In real life, both Hugh Jackman and Ryan Reynolds are good friends but they have been creating this fictional feud on Social media since the first Deadpool movie was released in 2016.

Dear John. Massive congrats on joining this very very prestigious group. 99% of the time, People Magazine gets it right. Such as Blake, DJ, etc … But a word of caution. There is the 1%. Exhibit A. It’s important that you fall in with the right crowd. Enjoy your reign. Love Hugh

John Legend got confused and commented: “Wait so you’re the 99 and Reynolds is the 1? Or vice versa?”. Both the stars have worked together before in X-Men Origins: Wolverine(2009), where they played the same roles they are known for.

A small edit to make this a much better promotional tool. Thank you @karthik_nj #repost

After this mischief by Ryan Reynolds, Hugh added an edited poster of Ryan’s upcoming movie ‘ The Free Guy ‘, where he was standing in place of Reynolds. Also, he tweeted a photo replying to Reynolds which you can see at the top of the article.

Previous article
You are lucky if you have a Strong headed Girl Gang!! It Can Work Wonders On You, As Per Recent Study!
Next article
BANDAI NAMCO TO RELEASE “SWORD ART ONLINE: ALICIZATION LYCORIS” ON 21st MAY 2020!!