It seems that Tom Brady and Gisele Bündchen are not concerned about the coronavirus outbreak at all.

The couple were seen enjoying their vacation few days ago in Costa Rica, beach. The 39-year-old model  and the 42-year-old QB  were seen walking on the beach.

The football star and his model wife were  enjoying the sun and water as they were walking along the beach. Brady was seen wearing a white t-shirt and swim trunks while his wife Bundchen, 39, was seen donned in a teeny-tiny navy bikini.

Bundchen revealed in a previous Instagram Story Q&A that she will always support her husband no matter whatever he is deciding to do. 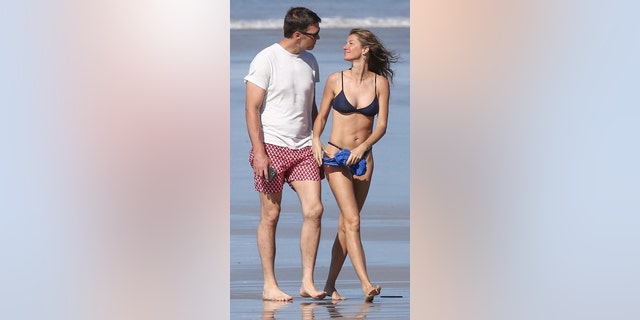 Brady is said to have meeting various teams and coaches but he also hinted in January that he doesn’t want to leave the New England Patriots. His wife is reported to have said, that she would love to know where she was going to live this year, because she still had no idea. She wanted to be somewhere  nice, where her husband is happy playing.

Brady took to Instagram to say that, failure was inevitable in both life and football, . Victory is always not possible. The only thing you have to learn from failure, is that pick yourself up with great enthusiasm, and then place yourself in the arena again.That it is the right  place where you will find him, because he knows he still has more to prove.

Also, Brady has a very new exciting project in the works – a  production company of his own. He was very excited to announce to the world the official launch of 199 productions.

He said that he was humbled to have the opportunity to partner with @therussobrothers, @agbofilms and @gchopra on their first project ‘Unseen Football.”