Alison Roman Has Apologized For Her Behavior towards Chrissy Teigen and Marie Kondo Tagging It As Careless And Stupid! Read for all details. 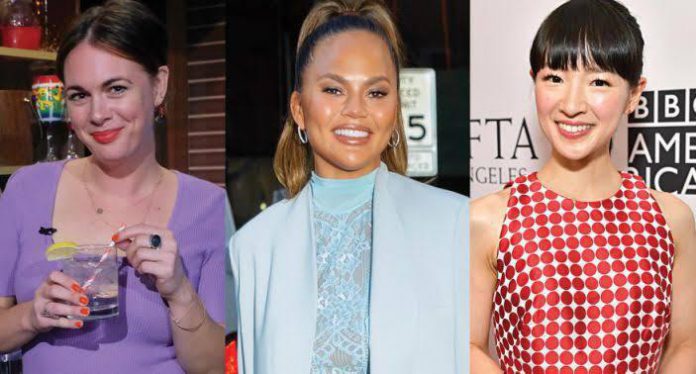 It seems like a few days ago selling cookbook author and New York Times columnist, Alison Roman has landed herself in some major controversy after she bashed Chrissy Teigen’s brand. Roman has currently addressed the whole issue. Let us take a quick look at the whole controversy!

Here I am photographed in The Before by @richterfit in my second home @sahadis for @fastcompany. FYI FWIW ICYMI Sahadi’s is still open, with in-person shopping at their Industry City location, pickups at both Atlantic ave/Industry City and delivery via @shopmercato. They are my favorite neighborhood family owned grocery store (with amazing prepared foods, too) and I love everyone who works there so much. It’s where I get all my nuts/seeds, cheese, olives and of course my sweet sweet labne. Support them if you can! Link to @fastcompany article by @yazzyg linked in profile (shirt @rachelcomey pants @levis groceries models own)

Alison Roman Apologizes For Her Harsh Behavior Against Chrissy Teigen. Here’s What We Know.

The popular columnist has apologized for her statements saying that it was careless, insensitive, and stupid. She further admitted that she really needs to learn and respect and understand that there’s a basic difference between being unfiltered and honest vs. being uneducated and flippant!

Chrissy Teigen is not only the only celeb who has been bashed by the columnist; she even backlashed Marie Kondo stating that Kondo capitalized on her fame and make stuff that you can buy, but that is also completely antithetical to everything she’s ever taught to her followers. Take a look at the Instagram post that the columnist posted to apologize for her behavior. Here it is.

Hi— ICYMI, over the weekend there was a bit of a twitter conversation where I was rightly called out for disparaging remarks I made regarding Chrissy Teigen and Marie Kondo. Even if you didn’t hear about it (!), I feel like this was too important not to share here. I know this is a lengthy note (succinctness has never been my strong suit). I appreciate you taking the time to read.

The Popular Columnist Called Her Remarks As Careless And Stupid!

However, Alison Roman had a total change of attitude and deeply apologized for her tone and dead remarks. The columnist further clarified the air saying that both the celebs have worked hard, and they don’t deserve such backlash. She also cleared the air and doesn’t want to play the victim.

Today’s a big day – “Joy at Work” is officially here! I know our jobs may look a little different right now, but this book will provide practical tips on keeping your space tidy and pursuing the work you love. Link in profile to get your copy today.

Teigen addressed the issue and said it was a huge bummer. She admitted that this backlash did hit her hard, and she needs a break from all this drama. We all know how Chrissy Teigen is sassy when it comes to tackling with backlash. We wonder what Marie Kondo has to say about the whole backlash situation.