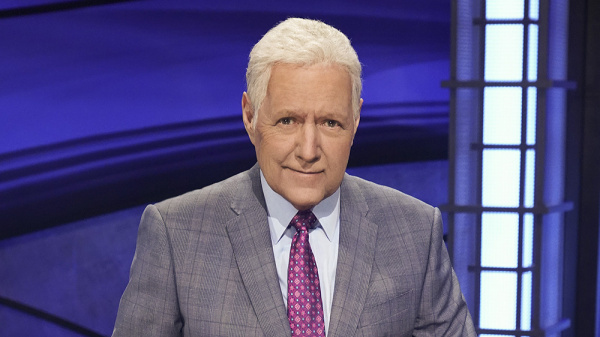 It seems like Jeopardy! host Alex Trebek was recently spotted out in the public and the photos are shocking as the host looks completely unrecognizable for a while. Although the host has a huge fanbase and it seems like they are not liking how his health condition is being described as in several tabloids.

Alex gives thumbs up for quarantining!

Fans Are Not Happy With The Host Alex Trebek Being Called Unrecognizable!

The seventy-nine years old host was seen outside his house in LA while he was taking the trash cans out and was bald and beyond recognition. However, fans are not happy with this portrayal of the host and even backlash paparazzi for taking pictures of someone during this difficult time.

The iconic show host who is known for his impeccable skills and how he made the show so interesting for all these years revealed in March about stage 4 pancreatic cancer diagnosis. Fans were heartbroken when this sad news was announced by the host himself. Fans also defended the host on Twitter and said that he in fact looks strong.

While the host is battling a serious health issue of life, he is all set to release his autobiography The Answer Is…: Reflections On My Life in July this year itself. While the host made the revelation of his severe health issue, he thanked fans for loving him for all these years and for the constant support. We are sure the fans will love to know his life story.

Fans believe that this is the time when he needs support and not some media outlets describing his condition as unrecognizable.  It is termed as rude and not empathetic at all. They are voicing their disagreements on social media.

Check Out Who Is The Latest New Addition In 13 Reasons Why 4: Jan Luis Castellanos aka Diego Torres.
GTA 6: Here are the top potential theories in the latest version that might change the entire plot and gameplay.