See also  HORROR!!! What To Expect From Netflix Horror Series The Haunting Season 3? Catch It All Here!!
More
HomeEntertainmentThe Vampire Diaries: Let's Binge-Watch the Vampire Show and Re-Live the Golden...

The Vampire Diaries: Let’s Binge-Watch the Vampire Show and Re-Live the Golden Youth Show – A Comprehensive List of 10 Best Episodes that You Shouldn’t Miss! 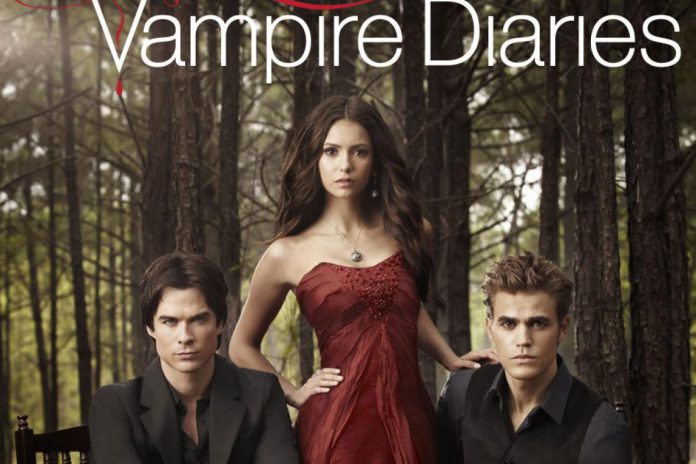 With the ongoing lockdown due to the COVID-19 pandemic, many of us have resorted to binge-watching our favorite drama series. Here is a guide to watching the thrilling drama series “The Vampire Diaries.”

Here are ten best episodes you cannot miss while binge-watching “The Vampire Diaries”:

Though the stakes were always high on this show, “Haunted” was the first time that a major character dies in the show, showing that a character dying in the show is something that can happen easily, no matter how much we love the character. Vicki (Kayla Ewell) happened to be an easy target for Damon because she was the troubled one in the group.

By the time Vampire diaries reached season 1 finale, stakes were already set sky-high with the plot twists. In this episode, we see Mayor Lockwood (Robert Pralgo) die; Tyler (Michael Trevino) learns that he has supernatural abilities, and both Stefan and Damon almost burnt to death in a basement fire. The episode also hangs on a nail-biting cliffhanger in which Katherine, pretending to be Elena, stabbed John Gilbert (David Anders). It was the first time we got to see the gory and diabolical side of Katherine.

See also  HORROR!!! What To Expect From Netflix Horror Series The Haunting Season 3? Catch It All Here!!

Katherine Pierce’s constant war with Mystic Falls came to an end in this episode. The gang finally got the better off her. Towards the end of the episode, Stefan and Damon lock Katherine in the tomb. However, it just starts off another set of troubles that they would have with her in the future.

Neither is this episode the first of it’s kind, nor is it the only episode centered around the Decade Dance, but it sure is a very memorable one. All thanks to Matthew Davis’s incredible performance as Klaus, who was inhabiting Alaric’s body.

This episode was a rollercoaster ride as it had, death, betrayal, life-altering revelations, and Klaus is at his villainous best.

In “The Reckoning” Klaus, turns Senior Prank Night into an intense, dramatic, and exhilarating episode.

This episode establishes the powerful family of original vampires as enemies to watch out for. It also effortlessly showcases each character’s complex storylines as they all danced together.

Season 3 finale lasted a long haunting hour that saw Elena talk about a time before the Salvatore brothers turned her life upside down. The episode showcased one of the saddest deaths of the series when Alaric died in Damon’s arms, and Elena drowned, forcing Stefan to save Matt.

This marked the 100th Episode of The Vampire Diaries. “500 Years of Solitude” had cameos from dead characters, and even a drinking game themed on Katherine Pierce. This episode celebrated all things that make this series special.

Like all good things that come to an end, fans were heartbroken when it was time to bid farewell to The Vampire Diaries. The series finale was undoubtedly a masterpiece as it resolves every character’s storyline.