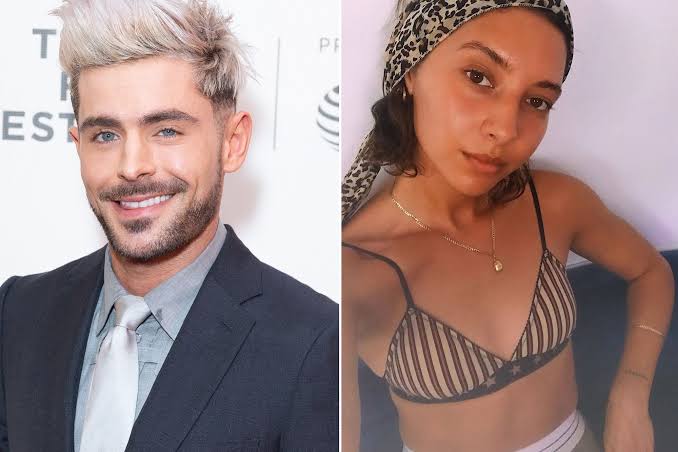 The two were spotted together in Australia

The internet was joking about Zac Efron not being able to stay away from the name “Vanessa”. The actor, who had once dated his High School Musical co-star Vanessa Hudgens has been spotted in Australia with his rumoured girlfriend Vanessa Valladares.

There had been rumours about his new girlfriend from Byron Bay for a while now, and he just confirmed their relationship. They were first spotted together on July. At that time, Vanessa had been working as a waitress in Byron Bay. They were spotted on Friday having lunch on The Farm, a hip restaurant hub in Byron Bay, and were spotted leaving with takeouts and cans of coconut water.

The story of their meeting sounds every bit like a Hollywood romantic comedy. As per People, they met when Efron came into the restaurant where Valladares was working. She was working at the Byron Bay General Store & Cafe in June, and he had recently moved there.

I don't want to believe it 😔 #zacefron

People‘s source said, “Zac met Ness earlier in the summer. They started hanging out in July and recently took a ski trip together. You can tell that they are having fun. She spends a lot of time at this house.”

The couple had been spotted often but they didn’t make their relationship public by speaking about it – in fact a quick check of Instagram revealed that they don’t even follow each other. The sources who have spoken about them say that they’re a really good match, and that she has calmed him down and he doesn’t party much like he used to.

“I don’t do anything with my life except romanticize and decay with indecision.” Specifically romanticize, but probably both, I can’t decide. 💋

The relationship happened quick and she spends most nights at his place. Looks like things are settling down for the actor who wanted to move away from the spotlight, as he said in his Netflix docu-series Down yo Earth With Zac Efron.

Bella Hadid slays in every outfit and always looks glowing, right? These are her SKIN SECRETS you need to know right now.
Is love in the air between Saoirse Ronan and Jack Lowden? A cute cuddling game was observed between them and her dog!