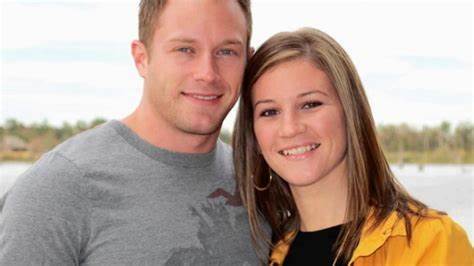 Outdaughtered Star Danielle Busby Undergoing a Mysterious Health Battle…..Adam Busby is heartbroken and needs prayers from Fans. Will you pray for Danielle?

Adam Busby needs prayers from fans. He wants to refrain from speculation. Her wife received alarming sensations in her arms and legs. She wanted to receive an answer as to why was it happening to her. They are desperately looking for answers. That led to an emergency room stay in November. An update was given on Instagram on Tuesday following the incident.

They are the Outdaughtered” stars and they want their fans to offer prayers. Danielle underwent the most invasive test as stated by Adam. Maybe prayers will give him the answers. The doctor might get successful in their operation if God helps. He clicked a picture of his wife in a hospital bed and posted it on social media.

He believes his fans and that’s why he shared the picture. He wants fans to refrain from speculation as it’s a very hard time going on for him. Danielle even begged for prayers in her Instagram stories. That is what followed Adam’s post. She confessed that she was very much nervous. She even hesitated to share her story because she never knew how would she handle the input given by fans.

She writes further that she took one day at a time. When she knows more, she will update her social media pages with more information. She believes in the value of sharing stories. But for now, she needs her own space before she shares anything. She does not want unwanted attention or any kind of disturbance.

Adam also promised his wife that he will inform the fans about her condition only when his wife was comfortable. She’s already been to a cardiologist and rheumatologist. She had several tests indeed. Everything was tested like possible heart abnormalities or joint, muscle, and bone issues. Some of the results were ok but the majority of her reports are filled with complications.

Cardi B explains why she ‘drugged and robbed’ men when she wasn’t living in the fame!
Will Justin Bieber become a Hillsong Church Minister??? Or Is It Just A Rumor???