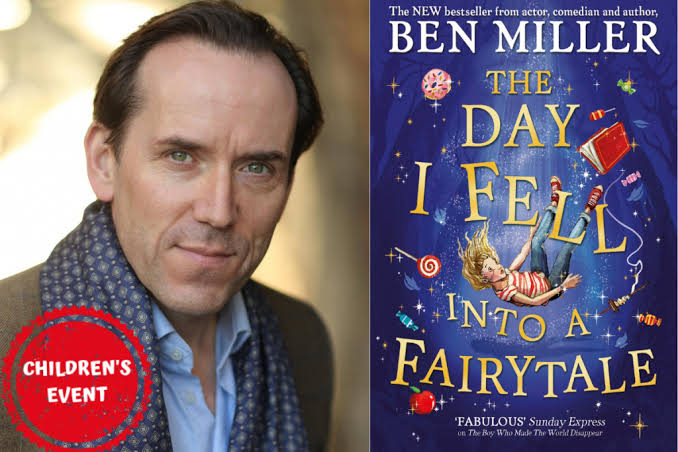 Ben Miller’s The Day I Fell Into a Fairytale is a book for readers between the ages of 8 and 12, and is a story about stories, but also about a brother and sister returning to each other through the power of imagination. The book is illustrated in black and white by Daniela Jaglenka Terazzini and published by Simon & Schuster.

Plot and the author

The story goes as follows: Lana is an avid story lover. Her favourite time of the day is playing make-believe games with her brother Harrison through stories. But one day Harrison declares that he’s too old to play with his sister and she finds herself feeling lonely. That’s when something magical takes place.

During a visit to the strange new supermarket in town, Lana finds a secret portal to a fairytale world. But she soon discovered that there are no stories here with a “and they lived happily ever after” ending in these parts. In fact, they are quite dark and dangerous, and the characters in that world asks Lana’s help in defeating an evil witch. But she realises she can’t do it by herself and decides to convince her brother to help her. Can she get Harrison to join her for this journey before it’s too late?

The author Ben Miller is an actor, director, and comedian who rose to fame after writing and starring in The Armstrong and Miller Show and his role as Bough, Rowan Atkinson’s sidekick in the Johnny English movies.

His other novels for this age group include: The Night I Met Father Christmas and The Boy Who Made the World Disappear.

Christine McGuinness flaunts her curve in hot red lingerie. Read more details below!
Competitive Breakdancing to be an Olympic event in the Paris 2024 Olympics