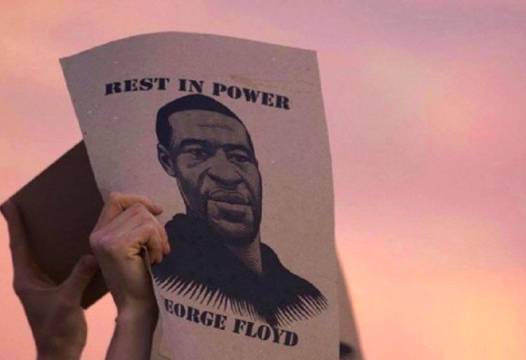 What happened with George Floyd has left everyone shocked and devastated. Everyone from around the world is voicing against the police’s brutality, white supremacy, and most importantly racism.

Various Hollywood stars were seen protesting against the police on their social media handles, of which Donald trump’s daughter Tiffany trump also joined.

She was following the latest trend of using the hashtags of blackout Tuesday which has been used by people around the world, to say a no to racism and white supremacy.  She was the only trump who took a stand and supported the protests, but in return, she received hatred itself.

She is the youngest daughter of Trump and seeing her support everyone’s protests, many even urged Tiffany Trump to ask her father to support the protests, as Donald Trump, because of the social unrest happening was ordering an army crackdown to get the protests canceled if the violence gets out of control.

Her mother, Marla Maples, who is also the second wife of Donald Trump is also very active on Instagram and was seen posting on Instagram too by referring to the same image.

Even though Tiffany did try to support the protests still due to the caption she used, she received more negative comments than the positive ones.

Many people called her that just by posting on social media would not bring a change when you and your family continue to not care about what has been happening around the world, it feels you all have become blind and deaf to such a sensational topic that requires the most attention.

Jamie Foxx took charge and spoke to the crowd about the brutal incidents that took place during San Francisco protest.
“Black Lives Matter,” Hollywood Celebrities Condemns the Murder of George Flyod, and Protest Again the Racial Crimes against Black Community