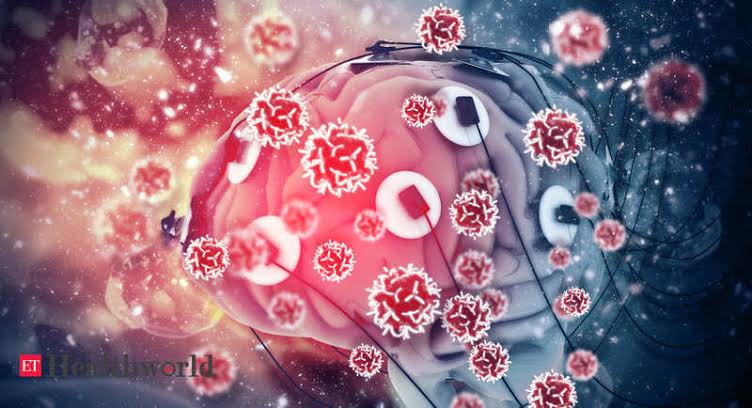 When COVID-19 came up, the common symptoms that patients experienced were loss of taste and smell, vomitting, and other symptoms which we experience during a flu. But recent reports suggest that more serious effects have been taking place in patients, such as strokes, seizures, and swelling of the brain (known as encephalitis).

Some of the patients were experiencing dizziness, confusion, delirium, and have trouble concentrating, as reports say.

Something you can’t simply shake off

From the months researchers have spent in understanding the coronavirus, they have realised that it’s something that’s been mutating at a very quick rate, and what we saw at the start isn’t what we’re seeing now. Right now, two neurologists have been conducting research on how COVID-19 is disrupting normal brain function, which they are measuring using an EEG.

EEG stands for electroencephalogram, a device that records electrical activity in different areas of the human brain, which is usually done by placing electrodes on their scalp. By conducting 84 studies with the data collected from 620 COVID-positive patients, they found out that some were indeed showing signs of impairment or disturbance to the brain.

Out of this, almost two-thirds were male, and the median age was 61 years. Some of the patients already had brain conditions such as dementia, which can alter EEG readings.

From 420 patients’ EEG recordings, the common finding was an altered mental state. Around two-third of them have faced some sort of delirium, coma, or confusion. Around 30 percent experienced a form of seizure, while a handful of patients had speech problems.

From other similar studies, the researchers have concluded that it doesn’t indeed have lasting effects on our neurological health, and chances of having long-term after effects are quite high.

Donald Trump Warns No Lockdown Amidst Elections Defeat even as USA is Battling with Second Wave of CVOID-19
Evidence Proves that Humans had been at War with Neanderthals for Over 100,000 Years