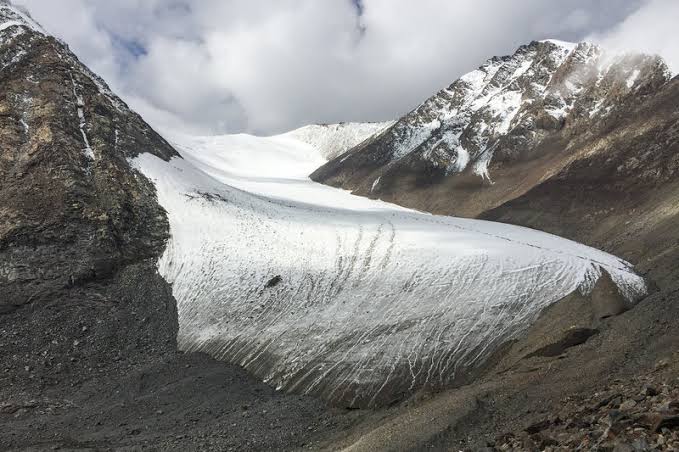 The melting has increased in recent years

Scientists have been saying that glaciers at China’s Qilian mountains have been disappearing at a shocking rate due to global warming, and is raising chances of water shortages in the long term.

The chain of mountains are spread over 800 kilometres (500 miles) and located on the north-eastern edge of the Tibetan plateau. Since the 1950s, the glaciers have receded over 450 meters causing researchers from China to set up a monitoring station to supervise it.

The glacier known as Laohugou No. 12 is spread over 20 square kilometers and is criss-crossed with water rivulets. These have shrunk by 7% since the first time they have been measured and scientists state that it has increased in recent years.

Qin Xiang, director at the Qilian Shan monitoring station of Glaciology and Ecologic Environment of the Chinese Academy of Sciences has said that about 13 metres (42 feet) of ice have melted due to the rising temperatures. He called the speed “shocking” during a statement to Reuters, who visited the wild, yet treeless and frozen part of the world.

Qin added that the temperatures in the area have risen by almost 1.5 Celsius since the 1950s, and since global warming going happening around the world shows no sign of stopping, things are looking dire for the 2,684 glaciers at the Qilian range. Glacier retreat sped up by 50% in 1990-2010 as compared to 1956-1990.

This is not the first major change that’s happening since global warming took effect. Snowfall and rain have grown lesser and even if glaciers melt, farmers at the foothills with their crops of onion and corn can face water shortages.

Scientists concluded by saying that the same change is happening in other parts of the Tibetan plateau as well.

Netflix, Amazon and Other Streaming Platforms Now Under Information & Broadcasting Ministry, to be Monitored by Indian Government
Big Stars Harry Styles & Billie Eilish Among Many Others to Register their Presence Guccifest this Year