James Marsden will be appearing in ”The Stand” as Stu Redman who is an ordinary man. With this reluctant role, James would be entering Stephen King’s acclaimed novel adaptation, ‘The Stand” with the same name. James Marsden talked about his role in the upcoming novel adapted series. Check out the blog post to know more !!!

The Stand is based on Stephen King’s 823 paged novel with the same name. The series will be released on the 17th of this month in 2020.

Created by Josh Boone and Benjamin Cavell, the series will star James Marsden, Jovan Adepo, and Whoopi Goldberg. Other stars to be found in the series include Amber Heard, Daniel Sunjata, Nat Wolff, Brad William Henke, and many more. 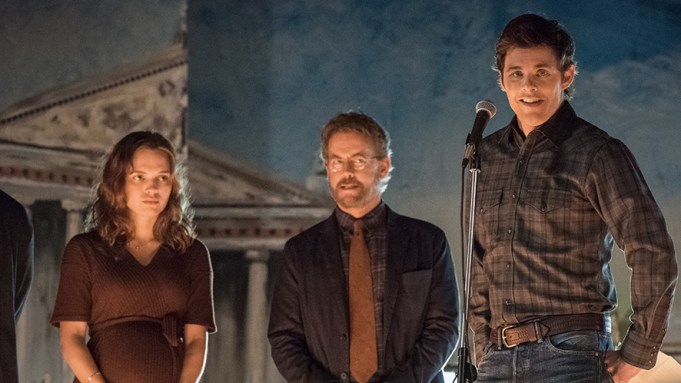 James Marsden talked about his role in the series:

James Marsden is playing the lead role of Stu Redman in the limited series ‘The Stand’. Stu Redman who is the lead character in the novel as well as in the series helps his fellow survivors in Colorado, Boulder, so that they all can build the civilization again and combat the evil and dangerous forces which are led by Randall Flagg.

Marsden has enjoyed the spiritual world of the limited series, ”The Stand”. While speaking of his role in the series, the actor said that at the beginning of the series he also had questions like why is he the one immune to the virus spread across the world killing most of the world’s population and what was going on. But then all of these instincts got, in the beginning, are for survival and then started to have dreams of Mother Abigail requesting him to go to Boulder. He said that Stu Redman is not someone who consciously makes his decision to be the leader of the group. He further added that he believes that Stu is someone with a strong moral code and who believes in good and believes in doing the right thing.