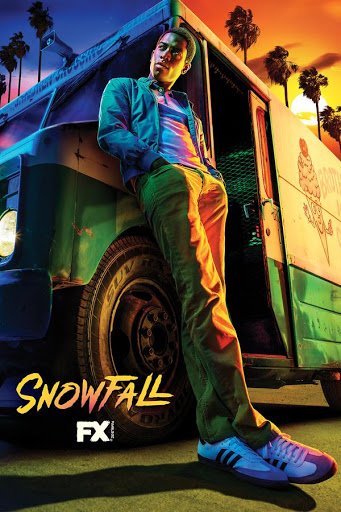 While it is no surprise that the hit crime drama series Snowfall is returning for a brand new season 4, although, it seems like the FX channel has more revelation down its sleeves for the upcoming fourth season.

While there has been no official confirmation about an official release date for season 4, FX has recently given some updated with a short teaser that confirmed that the fourth season is arriving sometime around spring, 2021.

Along with the whole  cast members, actor Antonio Jaramillo is the newest addition in the series as the police chief. Fans have seen him acting in shows like Devious Maids and Meet The Browns. Antonio will be playing the role of police chief Oscar Fuentes and is described as smart, bold ambitious, and dangerous. Here’s the official social media announcement of the fourth season arriving on 24th February!

A Bold New Character Is All Set To Make His Debut In Snowfall Season 4! Is He Going To Be Bad News For Teddy?

Moreover, Oscar reportedly is going to allow Teddy and Gustavo to continue their business only if they make it worth his while. One of the show lead has revealed that production for the fourth season is almost done. This was further teased by lead star Damson Idris who revealed that their cast and crew are in the final week of filming the Los Angeles-set series! Take a look at this interesting poster for the upcoming season.

get what you're owed. protect what's yours. pic.twitter.com/nxNLEg7xED

With the release date for season 4 already revealed to be sometime around spring, 2021, the upcoming season is almost done with production and fans might be getting more updates in the coming time.

Anime Series ‘Prison Break’ is Taking More Time Than Usual for Season 2! What’s the Cause of Delay? Details Below
The Promise Neverland: After the Exciting Season 2 Trailer, the Makers have just Dropped the New Exhilarating Developments to Blow Away Fans’ Minds