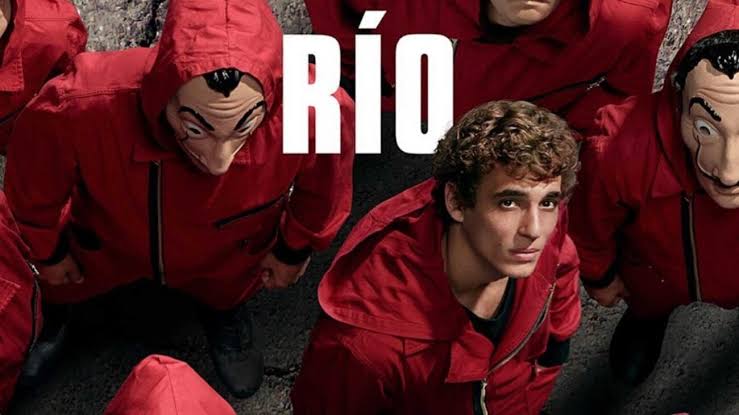 Will Rio be the next one to go after Nairobi?

Another one bites the dust. Or will he? In season four of Netflix’s Money Heist (La Casa De Papel), fans had to bid farewell to Alba Flores’ Nairobi. The fifth season of the Spanish crime series is in production currently and the final season one will be premiering next year. Miguel Herran, who plays Rio took to Instagram and posted a weird selfie, leaving fans confused if his character is the next to one to die.

What happened so far

Season four ended in another crazy cliffhanger and fans are waiting for the next season to see what’s going to happen next. In season four, the Professor (played by Álvaro Morte) and his team’s second best on the Bank of Spain went spiralling out of control and season five is said to be the most dramatic season yet. It’s only fair that they end the series with a bang.

So what exactly did Herran do to tease his character’s death? The 24-year-old posted a selfie of him looking somewhere between serious and seriously stoned. He was wearing the gang’s iconic red jumpsuit. He captioned it, “Es mejor que morirse…creo,” which translates to: “It’s better than dying…I think.”

Of course this threw his 14 million followers into a frenzy as the first thing to come into their minds was that the character will die. They also expressed how sad it’s going to be if he gets killed and that they were hoping for a happy ending.

The young hacker, whose real name in the series is Aníbal Cortés had been part of the robbers since the start and where he lacks in experience, he makes up for it with his determination and has been a valued member of the group. Let’s hope it’s something else crazier than death and not death itself that awaits him.