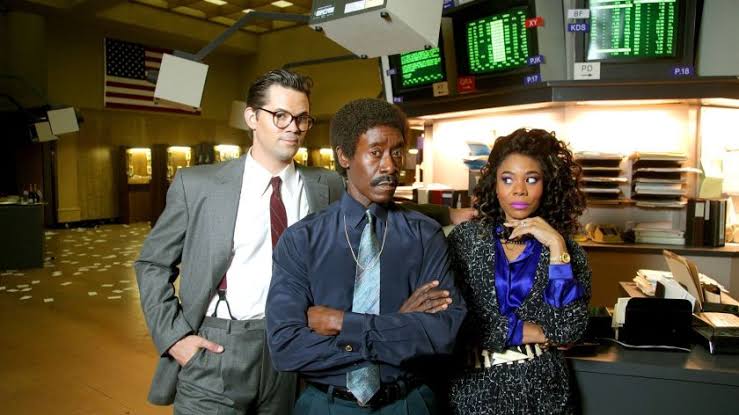 Showtime series Black Monday will be returning for its third season. The dark comedy series, which follows the employees of Jammer Group, as second rank trading firm, is all about how the trading brokers come to terms with the worst stock market crash in Wall Street history. It stars Don Cheadle, Regina Hall, Andrew Rannells, and Paul Scheer. Created by David Caspe and Jordan Cahan, who are also the executive producers, other producers include Cheadle, Seth Rogen and Evan Goldberg.

It started airing its second season on Showtime from March 2020. It was among the shows that was affected by covid-19 in April, but they started telecasting regularly from late June and wrapped up in July.

Deadline has reported that season 3 will consist of ten episodes and production will start early next year. They also confirmed that Showtime is planning to release it in late 2021.

First of all, a brief introduction of the show for those who are not familiar with it. It’s about a group of Wall Street underdogs who end up causing the worst stock market crash in Wall Street’s history. In season two, we got to see Dawn (played by Hall) and Blair (Rannells) taking over the TBD Group, with Mo (Cheadle) and Keith (Scheer) escaping to Miami after all the problems they had created. We see them using or get used by other people for their personal gains.

Season 3 will continue with the ’90s and the steady rise of fashion and music. We can also expect to see Dawn on a different path as she took the blame for the stock market crash in season 2. We can also see more of The MoCo, Mo’s new empire.

Ashley Graham Again Set a New Definition of “beautiful” by Rolling a Rebel Picture on Instagram
Black Monday: The Popular Dark Comedy Set to Return Soon as the Show got Renewed for a New Season