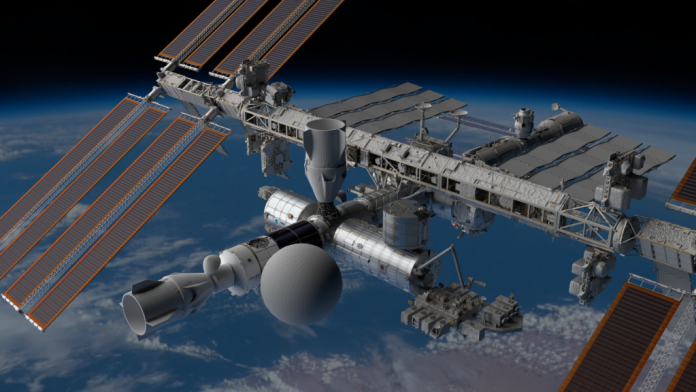 Space-Based Entertainment Studio To Be Launched in 2024

World’s first based new film studio is soon going to launch in space in next two years. Also, it is the same space studio which is working on Tom Cruise’s space film. The plan is to launch a sports arena and production studio in zero gravity.

Space Entertainment Enterprise is be known as SEE-1 which is well connected to International Space Station. On the space station there will be a sports arena and entertainment arena.

This module will host films, music, television, and even sports event. All artists, creatives, producers are welcomed on it to produce content on low orbit. It holds lots of facilities on board including recording, development, production, broadcasting and livestreaming.

The studio will be ready by December 2024. It will look something like this.

Known as Space Entertainment Enterprise (S.E.E), is co-producing Tom Cruise’s upcoming space movie which is directed by Dough Liman. The movie already going to mark history be begin the first movie to shoot in space.

This one of its kind movie has a budget of $200 million. While Cruise will be seen in a main lead he is also a producer of this big budget movie.

The movie team has incorporated with Elon Musk‘s SpaceX and NASA for Space Entertainment Enterprise, so they will also be in the production of the film on the International Space Station.

However, the script of the film has not been written so far. So fans have to wait more to know the story. But we can expect to see Cruise’s film history, it is being loaded with full of action. This will be the first movie whose action scenes will take place out of the Earth’s Orbit. Isn’t it something to witness? Well, Cruise’s films are somewhat always give something new to binge on.

Cruise and Liman has previously worked in Edge of Tomorrow and American Made. Space Entertainment Enterprise will change the way films are approached and made.

Previous article
Moon Knight Star Gaspard Ulliel Has Died After a Skiing Accident in the Alps
Next article
Shenmue the Animation Getting Premiered on Crunchyroll On February 5th!