Whoopi Goldberg Posts An Apology Tweet After Her Holocaust Statement

Whoopi Goldberg, the controversial host of the American talk show “The View” has ignited spark after commenting on Holocaust. Evidently she was recently seen on her show The View where she said that The Holocaust wasn’t about race. Well, it seems the comment of her hasn’t gone well with many as they disliked her comment.

Germany’s infamous Nazi and Jews story is carved in the history of the world. Clearly knowing that The Holocaust was all about the slaughtering of the Jews by the Nazi, is nothing hidden. However, the recent debate on the same at the show The View had its host Whoopi Goldberg to say something controversial.

Whoopi went on to say that The Holocaust wasn’t about the race. Certainly, the comment of Goldberg was instantly opposed by the co-host of the show and many other. Yet she said it was all about a group of white people that killed another group of white people. She went on to say that it was about “man’s inhumanity towards man”. However, her statement was opposed by many on Twitter as well. 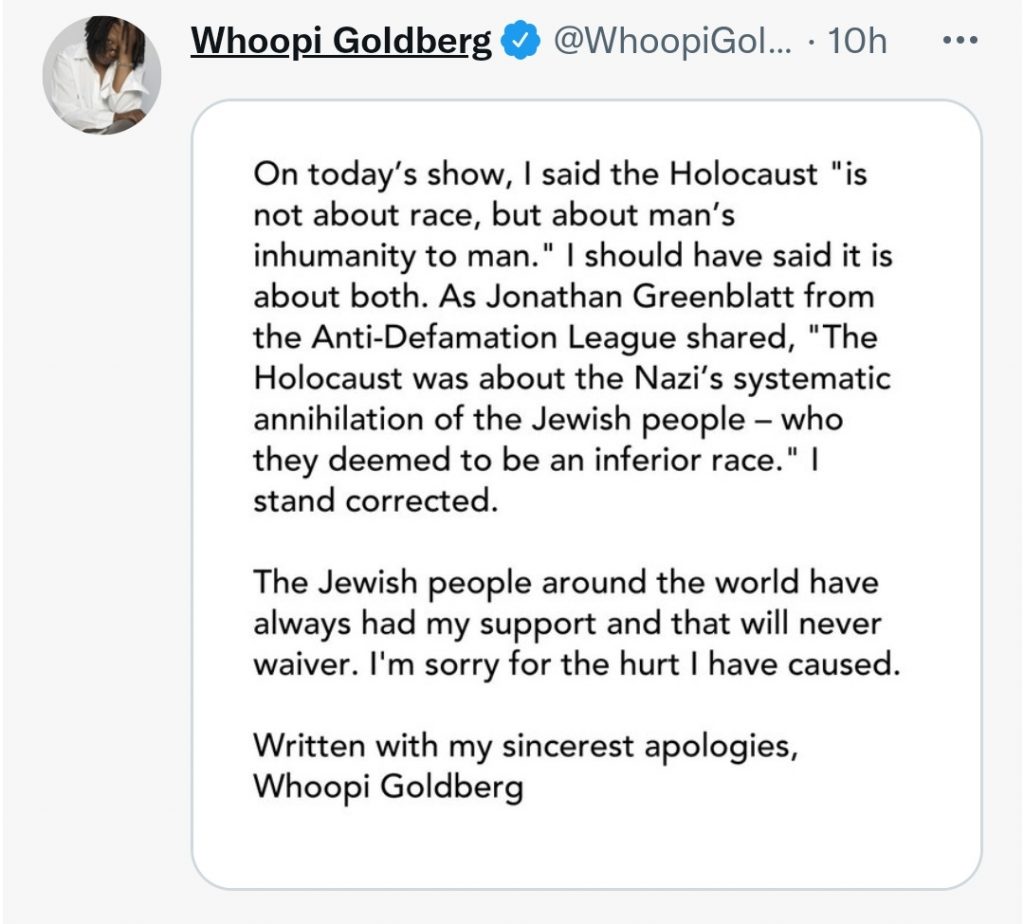 Facing condemn for her controversial statement on The Holocaust, Goldberg clarified herself on the Twitter saying that she should have supported the statement that The Holocaust was about race where Jews where thought to be of inferior race.

She took to Twitter to say sorry for hurting the sentiments of all. Beside this she also stated that her support is always with the Jews. She also added the tweet of Jonathan Greenblatt of the Anti-Defamation League in her apology tweet. Jonathan too had reacted opposing Goldberg’s comment on The Holocaust alongside many other condemning it.

Moreover, it isn’t the first time when Goldberg has invited controversy, she has been a controversial person since long.

Also read: GAWVI DROPPED OFF FROM REACH RECORDS FOR HIS EXPLICIT PHOTOS