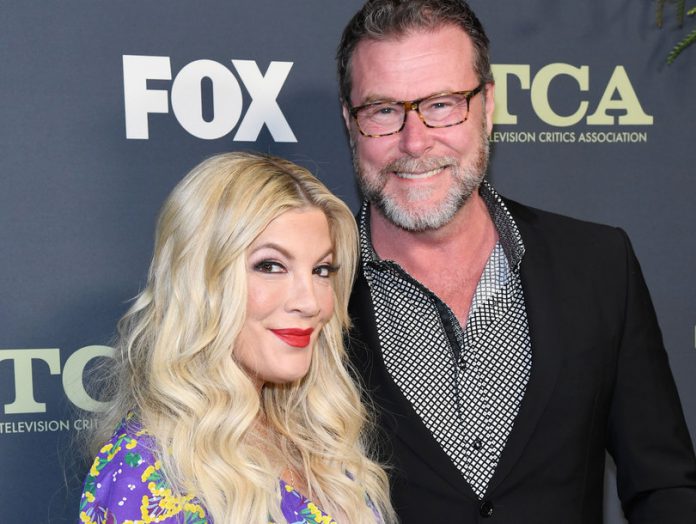 Ever heard of exes becoming friends again?? Here’s an inspiration for you!!!

‘Beverly Hills’ star Tori Spelling and hubby Dean McDermott had a grand Christmas celebration. However, the main attraction was his ex-wife Mary Jo Eustace. They had recently got onto talking terms two months back. They had a get together with all the kids for a grand post-Christmas bash.

“Something good came out of 2019,” Spelling, 46, rejoiced on Instagram on Friday with a cute picture of her and Eustace.

Mary even went on to post a picture on her feed with the caption, “Post Christmas celebration with @torispelling and @imdeanmcdermott #fun #family#blendedfamily.”

McDermott and Eustace were married and together for 13 years from 1993-2006 before McDermott split from her for Tori Spelling.

They hadn’t talked to each other for 3 years until this October. Dean confirmed this on his podcast, “Daddy Issues with Dean McDermott, Adam Hunter, and Nicky Paris” And even said that he had blocked her contact on his phone.

Eventually, on their son’s 21st birthday, Dean had to unblock her as they had to celebrate the day.

“Jack turned 21, and he came to town from San Fransico with hew of his friends, and we had a lovely dinner,” he said, and he was startled, as Spelling and Eustace developed a friendship about the party.

Since then, they have been great friends and even share a lot of photos together!!!

HERE ARE MORE INTERESTING HOLLYWOOD HAPPENINGS FOR YOU!!!

Friends: David Crane revealed Why Phoebe and Joey were never meant to be together and why Chandler and Monica were not friends but more??

The new “Beverly Hills, 90210” going to last long? What would be the expected set of fan following?