This Suspicious Man Has Assaulted a String Of Women Over The Span Of Thirty Minutes. 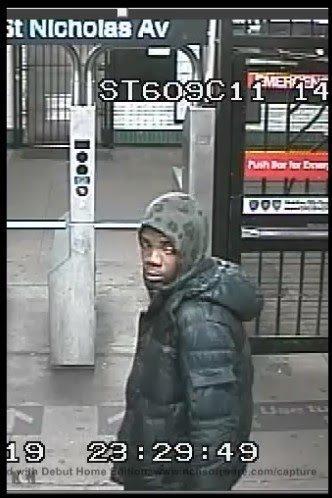 This incident is equally shocking and terrifying at the same time. The NYPD is on the run NYPD for a suspect accused of a string of sex assaults, all in the span of just 30 minutes!

Fleeing From One Location To Another To Sexually Assault Women!

Authorities report that a suspicious man was caught on surveillance video right after groping three women in Upper Manhattan on Tuesday night.

As per police report, the case got all the more complicated when the same man again in less than ten minutes later approached another 26-year-old woman on West 147th Street and St. Nicholas Avenue and grabbed her groin.

The suspect again escaped the scene on foot. However, this was not the end of his tyranny. This man yet again allegedly went back to the 145th Street/St. Nicholas Avenue subway station and violently attacked a third victim on the station’s stairs.

According to the reports by NYPD, this culprit covered a 22-year-old’s mouth, grabbed her buttocks, and then pushed her to the ground around 11 p.m. The man reportedly dropped his umbrella and then escaped the area towards an unknown direction. The police is still working to catch the culprit very soon.

Previous article
Harry Style Dedication to Camille Rowe at its best!! Has the “Fine line” become a little hazy with this song??
Next article
JOHN TRAVOLTA AND OLIVIA NEWTON BACK AS SANDY AND DANNY!!!