This New Style Of Gender Reveal Is Going Viral! P.S: It Includes Fart. 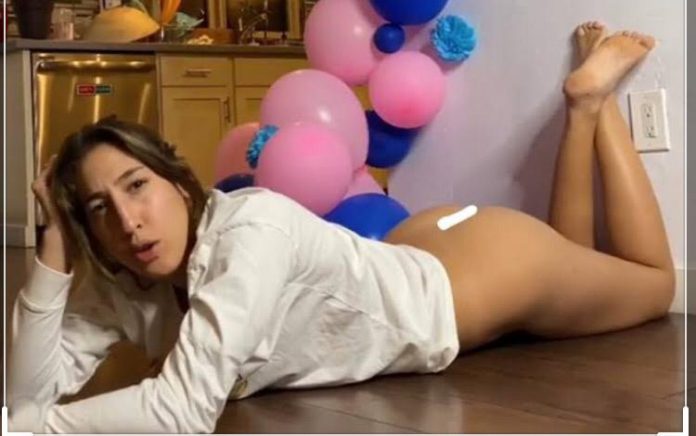 It seems like some trends are becoming viral and well, getting a bit out of hand! This online video is going viral, and people are losing it! Hint? This trend involves fart!

Apparently, this is the new way of how some people are revealing the gender of their baby. Yes, you heard that, right! By farting. Gender reveal parties are both emotional, but some end up to be comical. There were videos where someone even ends up getting hurt!

This video of a woman farting blue powder and revealing that she is about to have a baby boy is quite hilarious. The video went viral in no time, and it seems like we are going to see many more videos following the same trend of farting. This gender reveal thing is surely going out of hands!

Fart Using Method To Reveal The Gender Of the Baby!

The woman in the video who came up with this creative and comical idea of revealing the gender by farting is Paige Ginn. Her friends were also overjoyed after the gender reveal and were all in a celebratory mood. All we need to see is how far this idea goes and how crazy can people get after this! The reaction regarding the video is somewhat mixed.

Some people have reshared the video saying that this is the nastiest gender reveal one has ever witnessed. The page also wrote that no one tops white people when it comes to going too far. Some people thought the gassy gender reveal is a good idea and might use the idea. People are already talking about this fart related gender reveal, and social media is losing it over the video. Let us see how far this crazy idea goes on in social media.