The Late, Late Show turned out to be a musical night when Billie Eilish and Alicia Keys surprised audience with there amazing ‘OCEAN EYES’ performance!! 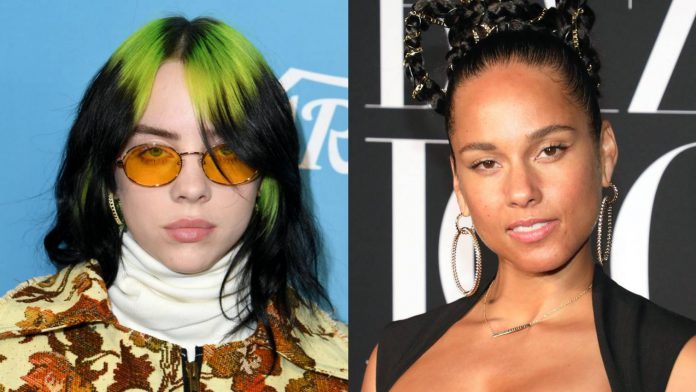 On Monday (December 9), The Late, Late Show With James Corden was quite a fascinating experience for the all-female audience as Alicia Keys herself took over as a host and surprised all by performing a duet of “Ocean Eyes” with her guest, Billie Eilish.

Billie Eilish showed up on The Late, Late Show for a special episode that saw Alicia Keys filling in for host James Corden. Similarly, when you have two stunning vocalists on a similar stage, it’s not very peculiar to accept that tunes will spill out, and that is actually what happened when the pair gave an offhand, piano-drove execution of Eilish’s breakout 2016 melody, “Ocean Eyes.”

Throughout the same section of the show, Alicia Keys stated that she covered “Ocean Eyes” on Instagram and asked if Billie Eilish has ever seen it. The 17-year-old did and clarified how it knocked her socks off. She then amazed the guest host by revealing that she covered the song “Fallin'” at a talent show back in 2014 and also shared a clip of the performance. For any individual who wouldn’t like to figure it out — Eilish was 12 years of age in 2014. 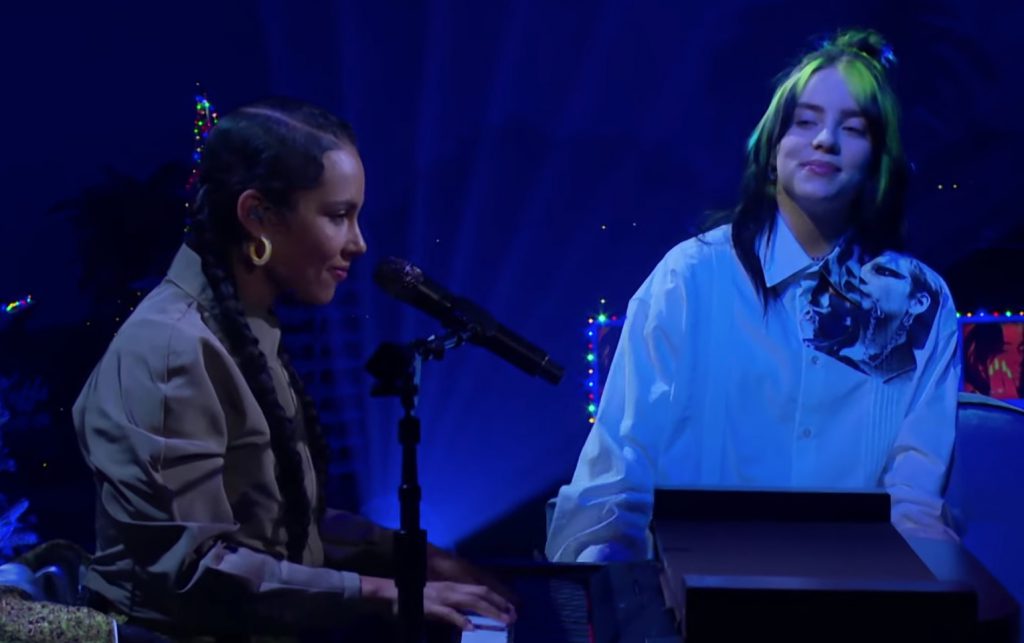 Billie Eilish discharged an unpleasant video for “Xanny” prior this month that is about as upsetting as it is great as her directorial debut. Her first studio LP, When We All Fall Asleep, Where Do We Go?, was the most-streamed collection on Spotify in 2019.

The ladies will probably reconnect at the Grammys, where Eilish is selected for an astounding six awards, and Keys is the host for the second year straight.

Previous article
‘Lost in Space’ Season 2 is all set to release with new threats entangled with the story! Checkout for Release date, plot, cast and trailer!!
Next article
Fans anticipations is over as Carole And Tuesday Season 2 release date revealed!! Deets inside!!