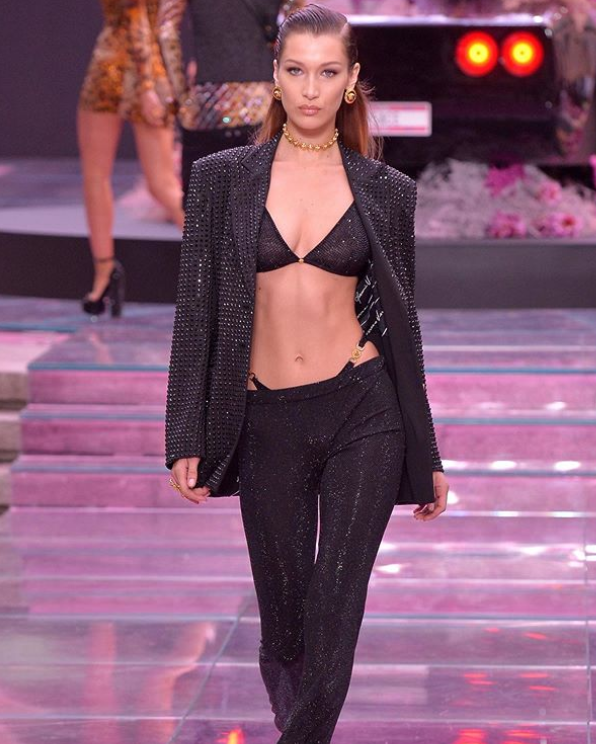 Unfortunately, this year, Victoria’s Secret fashion show has been canceled.

What? Can’t believe it? This is like a piece of heart-piercing news for every fan of Victoria’s Secret.

All Victoria’s Secret lovers were eagerly waiting for the fashion show, but now, it’s not happening anymore this year. The high profile event was just pulled out from the entertainment network just like that. The Victoria’s Secret, the lingerie brand’s top model Shanina Shaik claims that show isn’t happening this year.

After 23 years of long journey happening every year, dropped out Victoria’s Secret Fashion show this time. High profile model Shanina Shaik revealed the shocking news to an Australian based news media, named as Australian publication The Daily Telegraph on this Tuesday.

Just another day in Coachella with her 🌴❤️ @jastookes

Shanina Shaik, 28, told the newspaper that she’s a bit disappointed explaining, “It’s something I’m not used to because every year around this time I’m training like an Angel.”

And absolutely this disappointed not only the “Angel” but also it bought a lot of disappointment to our public.

And for a reason behind this disappointment is suggested to be that maybe “they’re trying to work on branding and new ways to do the show.”

So, now Victoria’s Secret fans’ disappointment will be vanished little by little because they are trying to invent more ways trying to promote their brand and stand on to the expectations of the world.

“It’s the best show in the world,” Shanina Shaik told The Daily Telegraph.

Shanina too has a lot of expectations from the show for her career. People were in such a shock that they were demanding Victoria’s Secret to make a comment on this news.

This cancellation news came out of chaos after when it was announced that the show would not be broadcasted on the television. So, don’t be upset because it will be back next year with a bombarding performance.

Who, What, When about ‘Black Adam’ the super-villain? Details are finally here!!
Are Hannah Brown & Tyler Cameron dating? broken up with Jed? The Bachelorette, Answer to all your Questions
Comment