Scream 5 is Making & Breaking Records Constantly as Sequel is Announced! 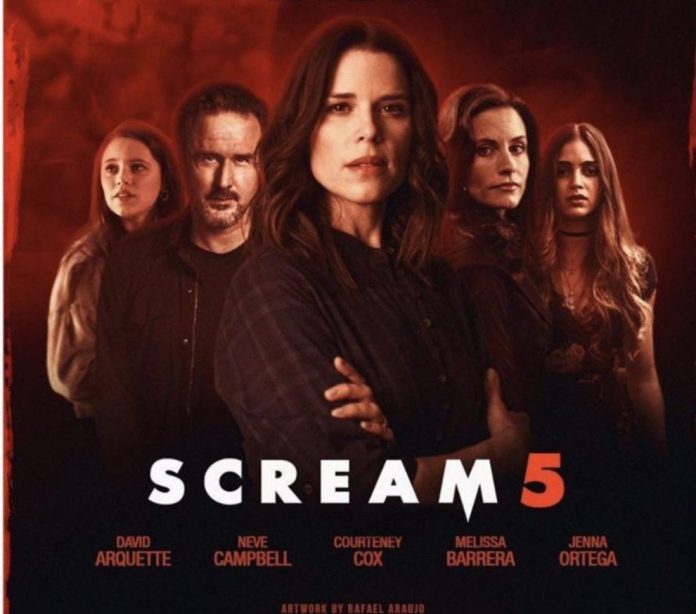 The very renowned Paramount and Spyglass’s Scream (Scream 5) has shown an excellent kick-start at the box office on Friday, which turn us in the direction that this movie easily dethroning THE MOST ANTICIPATING MOVIE by the marvel that is ‘Spiderman: No Way Home’ got off to an excellent start at the domestic box office yesterday, easily dethroning Spider-Man: No Way Home with a $13.35 million Friday gross.

Which makes the film the biggest R-rated single-day gross since Halloween Kills (a $22.8 million Friday and $17.3 million Saturday toward an understandably front-loaded $49 million debut frame) in mid-October 2021 which was said by Forbes magazine.

This is Paramount’s biggest release since the movie ‘A Quiet Place part II’ which earned $19 million on Friday toward a $47 million Fri-Sun/$57 million Fri-Mon Memorial Day weekend launch last year(which happened like a flash anyway!). It’s another example of how specific horror (Candyman, The Conjuring 3, Don’t Breathe 2, etc.) movies which are famous in the past year.

The Cast and crew

Coming to the writers

The movie stars  Neve Campbell as Sidney Prescott, Courteney Cox as Gale Weathers/Riley, and David Arquette as Dewey Riley. And many new faces to join in the movie including Melissa Barrera, Kyle Gallner, Jack Quaid, Mikey Madison, and more.

The Plot of Scream 5 is about 25 years after the murders. In this latest story, the masked killer focuses on killing Teens which gives us a nostalgic feeling about the previous Scream movies.

See also  The Bachelor Has Been Postponed Until Further Notice Over Coronavirus Concerns! When will it come back? Read to find out.

The friend’s sitcom character Monica Geller played by Courtney Cox made us very exciting about the film.

This is the new generation of Scream Franchise but with the same backdrop of thriller and suspense which leaves us guessing about who is the real killer!

Minions: The Rise Of Gru is set to open the Annecy International Animation Film Festival

50 Cent stands up for Mo’Nique The rapper 50 cent used the Instagram platform to ask Oprah and Tyler Perry to apologize. The apology is for actress and comedienne Mo’Nique. He called for those two influential black people in Hollywood...
Anime

Black Clover Trailer Shows a Determined Asta to Capture the Kingdom of Spades, as the Movie Gears Up for Release

The New Trailer of Black Clover A piece of good news to Black Clover fans. The Brand New trailer is launched on the collection's seventh anniversary. This video is released on March 13 through official accounts.https://twitter.com/blackclover_off/status/1503024332393500675The additional details are not...
EntertainmentTop TrendingWorldCelebrityShow & Movie SeriesHollywoodTv Show