The Riverdale star, Vanessa Morgan walked down the aisle on 4th January 2020 in a private ceremony in Florida. The 27-year-old actress exchanged vows with 23-year-old baseball star Michael Kopech during a stunning ceremony and reception at Historic Walton House in Homestead, Florida.

The couple had announced their engagement back in July 2019 when Kopech had got down on one knee and officially proposed her for marriage in Arizona in front of a breathtaking waterfall in Mooney falls, after a year of dating.

The wedding was an intimate affair with just closest family members and friends of the couple including the Riverdale cast. Skeet Ulrich, Drew Tanner and Madelaine Petsch were among the guests who watched CW co-star walk down the aisle to the song “Truly Madly Deeply” by Yoke Lore. There were about 40 guests attended and Vanessa’s sister’s Celina was the maid of honor.

In a conversation with E! News, Morgan said that they both knew the day they met that this will be it and she was so excited that their officially forever has begun that day. She further said that she has vowed to love her best friend for a lifetime and it was a day spent with those they love in a room filled with endless love. she can’t wait to spend the rest of her life with Kopech.

It wasn’t just her their love, her bridal glow and boundless happiness that left guests at the ceremony in awe, her dazzling and unique wedding gown too was awe-inspiring for the attendees. The one-of-a-kind gown donned by the actress was designed by Eisen Stein Bridal. The gown sparkled even in the broad daylight as it was embellished with numerous beads.

The Riverdale star’s wedding dress was form-fitting, long-sleeved gown which featured a sheer bodice. It was adorned with intricate beading and fine lace fabric. The actress opted for a small train and her veil too was embellished with beads at the end. The groom had gone for a classic suit in off-white colour for his big day. 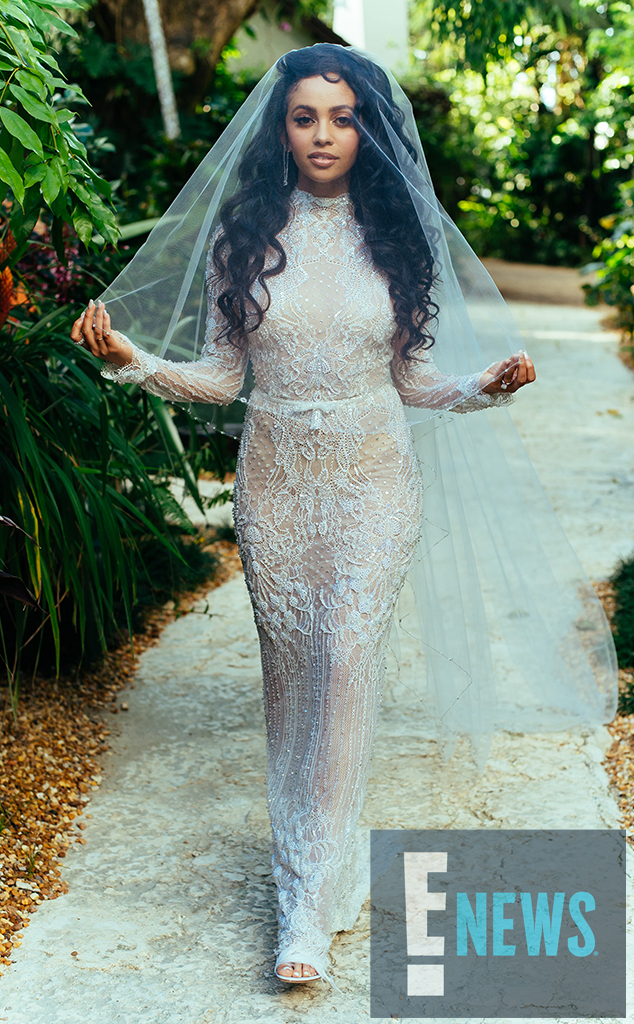