More
HomeBooksOscar Isaac got a new title after the graphic novel Head...

Oscar Isaac got a new title after the graphic novel Head Wounds: Sparrow hits the store 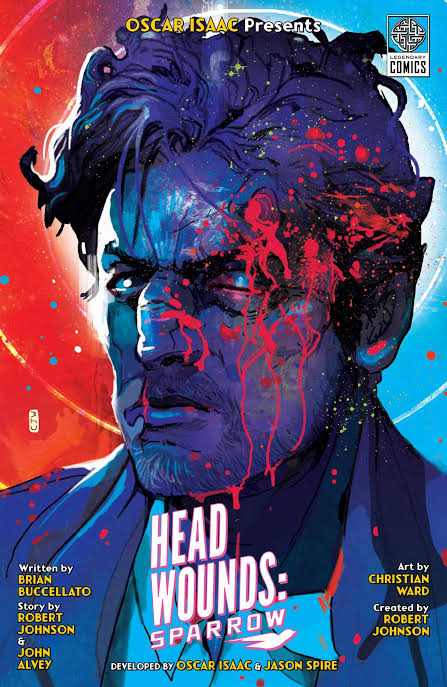 The graphic novel Head Wounds: Sparrow out with a unique plot

Head Wounds: Sparrow, a new graphic novel, is now available in the stores. The novel is about a detective who when failed to protect those who wear their wounds as the only way to stop the pain.

When a divine battle between angels and Demons upraises he must decide whose side he has to choose, whether to save humanity or his wounded skin.

Oscar Isaac has always been known for his fantastic work in front of the camera, but now he receives a new title that’s a comic book creator. Oscar Isaac teamed up with his childhood best friends, John Alvey and Bob Johnson, and created the graphic novel, Head Wounds: Sparrow with is now released and available in stores.

The working team behind the graphic novel

The graphic novel, Head Wounds: Sparrow was developed by Oscar Isaac with the help of Mad Gene Media his production company, created by Robert Johnson and written by Brian Buccellato, New York Times best-selling writer, and the artwork by Christian Ward.

The plot revolves around a detective who has been tangled up in the war between good and evil. Leo when one day woke up and found a hole in his head where his best friend was shot, that only he could see.

This psychical wound showcases the wounds of people he wasn’t able to protect. Most people were busy with their daily lives unable to see the war of Good and Evil raging around them but it has become real for Leo.

As angel and demons continue their battles Leo must choose a side or bait everyone and everything for the stake of a higher position.

During an interview with Isaac and his two other best friends who created the graphic novels, talked about creating Moon night season 2, Andor and The worms.

In addition to this Alvey and Johnson talked about how it feels to be best friends with an actor who worked in Star wars.