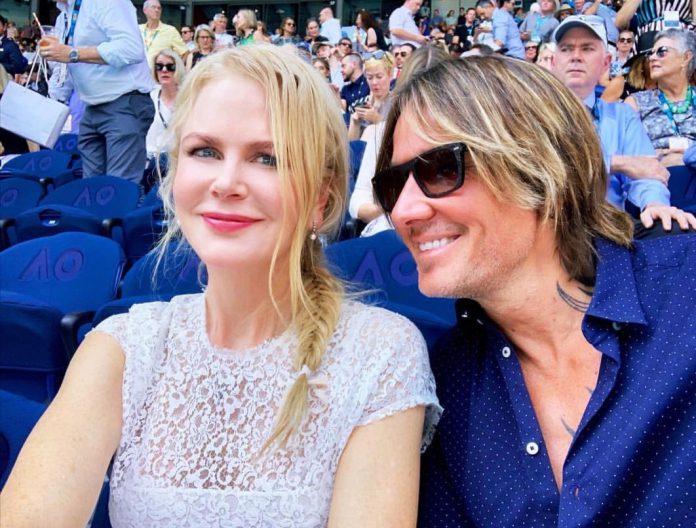 Nicole Kidman gets emotional at Golden Globes regarding bushfires in Australia. The actor plans to donate $500K with her husband, Keith Urban to the Rural Fire services in Australia.

Nicole arrived late for the Golden Globes due to flight glitches from Sydney to Los Angeles. Evidently upset, Nicole talked to media on January 4 during Gold Meets Golden brunch. She said that she was much distracted at the moment because of everything going on in Australia.

The lady took to Instagram sharing information about local fire services in Australia. She urged her followers to generously donate and show some support. She wrote, “We are donating $500,000 to the Rural Fire Services who are all doing and giving so much right now”.

Our family’s support, thoughts and prayers are with everyone affected by the fires all over Australia. We are donating $500,000 to the Rural Fire Services who are all doing and giving so much right now.

Keith also announced the couple’s donation for the cause on Twitter writing, “Our family’s support, thoughts, and prayers are with everyone affected by the fires all over Australia”.

A bunch of other celebrities has also come forward to contribute to the social cause. Pop-star, Pink has also donated $500,000 to the local fire services. Rebecca Judd, Celeste Barber, and Ricki-Lee Coulter have also raised funds and donated for the bushfire victims. Kardashian sisters and Selena Gomez have also drawn the attention of the world towards the devastation happening in Australia.

Australia is currently witnessing one of the worst emergency times in the country. Burning since October, 155 fires have occurred with winds wide-spreading them further. With much devastation to life and property, nearly half a billion animals have lost their lives.

Born in Hawaii, Nicole was brought up in Sydney which is very near to one of the wildfires in the country. She was vacationing with her husband, Keith back home for the Christmas holidays. The couple had posted affectionate snaps from their trip on social media and wishing everyone Christmas and New Year.

From our family to you and yours. Blessings to you all this holiday season 🎅❤️🙏

Previous article
Pretty Little Liars cast reunite at the Golden Globes! Pictures Inside!!!
Next article
Millie Bobby Brown and Noah Schnapp’s Best Friend Challenge! But is it just friendship? Or are the two dating?