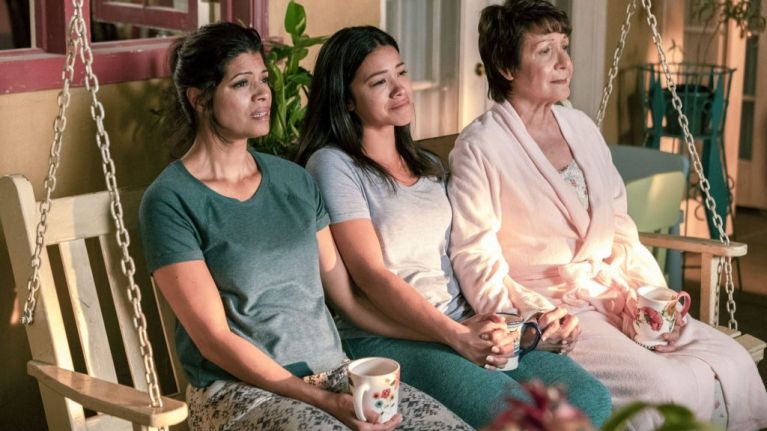 After the fantastic five years, finally, the American telenovela is bidding a farewell to Jane the Virgin.

Jane the Virgin: A fantastic series composed of life’s ups and downs, broken hearts, villainous twins, and everything.

Jane the virgin is a story of a girl, Jane, who became pregnant after accidental artificial insemination by her gynecologist.

The creator of this series is Jennie Synder Urman. The first series was aired on the CW in October the year 2014.

Emotional cast and crew shower their love for this series on Instagram.

Gina Rodriguez recently celebrated her 35th Birthday and then posted for the last episode of Jane the Virgin.

Jane the Virgin. Wow. We started shooting the first season of Jane in July 2014. A few days into shooting I turned 30 on set. Yesterday I turned 35. And today is the very last episodes, 99 and 100 airing of Jane The Virgin. Five years. Five years of love, laughter, growth, pain, surprises, deaths, new births and a shit ton of memories. To my warriors who have supported me from day one, Thank you. I am able to live out my dream career because of you and I will never stop making art to bring Joy and Laughter into your home/train ride/plane ride or classroom! Art is my savior. Art is what makes me feel like I can fly. Thank you to Jennie for making me your Jane and to the incredible cast for becoming my family. I will always love you Jane. Hope you tune in tonight and enjoy our goodbye! 📸 by my mentor and one of the best in the biz @bradsilberling

Can’t believe this is it. Tonight it ends. What a ride. Forgive me as I may be posting a lot today as I am feeling very sentimental (as usual). So much gratitude. What a journey this has been. What a family we have become. What a blessing. #theend #janethevirgin #thefinalchapter

“Everything comes at an end, but what remains that actually matters is the beautiful memories we made.”