Here’s what you have to know about “The Umbrella Academy” upcoming season. 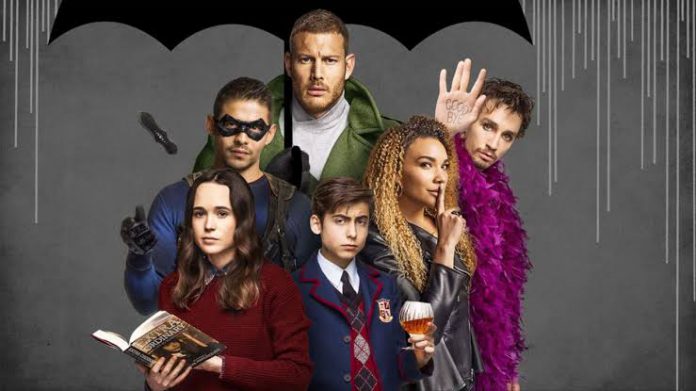 The itsy-bitsy comic series which are converting in full-fledged series is becoming quite common these days. If we just look at the current scenario being created by Netflix and other online show channels, We can easily get a hold of the comics other then those of Marvel and DC.

“The Umbrella Academy”, A team of heroes trained by an old man who was able to get hold of those 43 babies who were born from their mother’s womb as an uninvited guest and out of which he chose 6 to gather a team of members who have powers to save the world, but 17 years have gone by and the man’s dead. Now the team is on their own, but suddenly they saw a future of were nobody and nothing exists, Now what they are supposed to do?

The theme and somewhat weird characters can get their fans impressed due to which the show is coming for a second season and it will be featured in this year that’s for sure but the official date hasn’t been announced and no teaser has featured yet.

But, the good news is the whole cast is going to remain the same and it’s going to be joined by some other actors also, Yusuf Gatewood, Marin Ireland, Ritu Arya, their roles haven’t been quite finalized yet and there are still talking about their roles but one thing is for sure and that is it’s going to be a level higher what it was in the first season.

Previous article
People obsessed with weight loss antibiotics need to take a very good look at it. One such drug, Belviq can cause cancer
Next article
Louis Vuitton Drops All Blue-y Fall 2020 Mens Collection!!