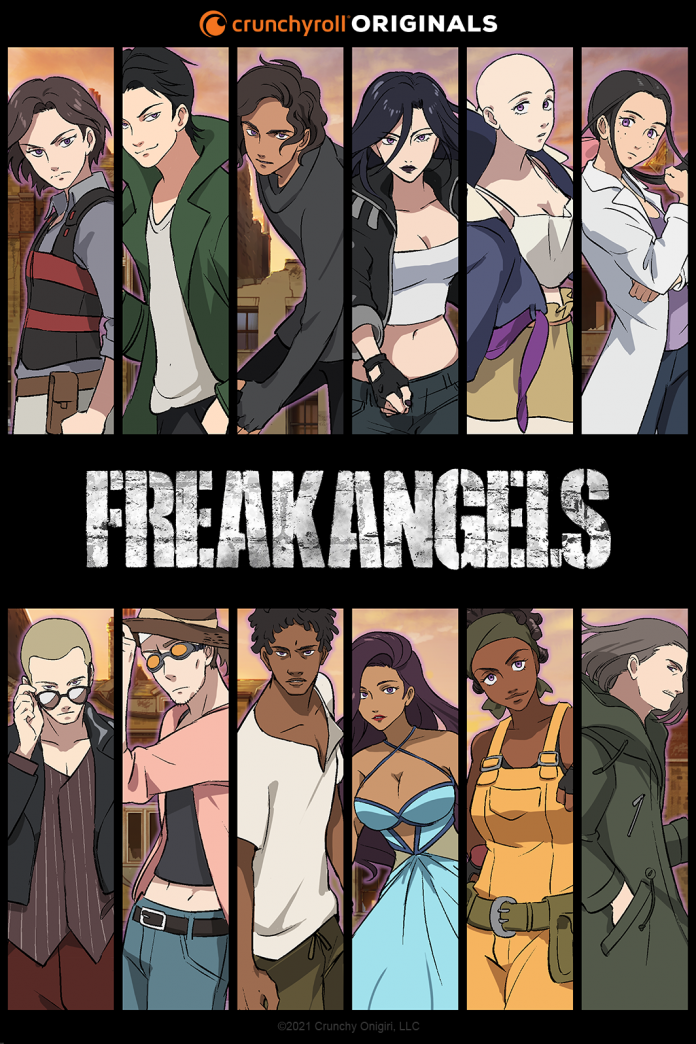 Crunchyroll recently dropped a preview for it’s original animated series ‘FreakAngels’. The full cast details have also been revealed. The series, set in a post-apocalyptic in Great Britain around 12 psychics. The official trailer for the series was released in October of 2021 ahead of 2022 on the official YouTube channel of Crunchyroll.

This series is based off of a graphic novel, also called FreakAngels, set in a post-apocalyptic world written by Warren Ellis and Paul Duffield. The series is set to release on January 27, 2022.The voice cast behind these 12 young psychics has also been officially revealed.

The official preview by Crunchyroll

This series was formally announced by Crunchyroll back in February 2020 as the very first anime to release as an original Crunchyroll series. Later, in October 2021 the official trailer for the series was released and now a preview has been released.

The series is set in a post-apocalyptic world and will follow twelve 23-year olds. According to the official synopsis, the world ended six years ago and left a town called Whitechapel in Great Britain trapped in a “dome of purple energy”. Only one town has been preserved all due to the FreakAngels, a group of 23- year old psychics. Later, their exiled friends barge into the town to disturb the peace which results in the unveiling of various mysteries around the town as well.

Marsha Thomason will be voicing KK, a violent elder sister, Julie Nathanson voices Arkady a playful yet powerful child, Tru Valentino as Jack, a loner, Nazneen Contractor as Sirkka, Miki is voiced by Mallory Low. Christian Lees, Daniel Gillies, Chris Geere, Victoria Atkin, Anniwaa Buachie and Darren Jacobs will also be a part of the FreakAngels series. Artists such as Hiroshi Shimizu and Osamu Masuyama are behind the creatives for the series.\

Also read: ‘THE LEGEND OF VOX MACHINA’ HIRES SUPERSTARS FOR ITS VOICE CAST