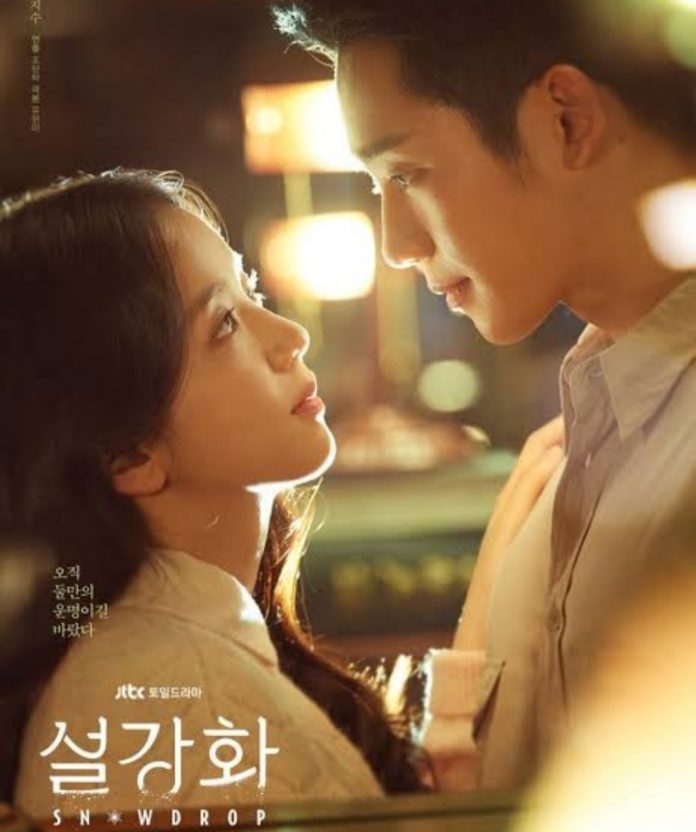 Jisoo, Kim Hye Yoon and others looks elated and grooving in the Snowdrop Video

Snowdrop, the South Korean drama series is going on with its episodes on JTBC currently. The drama series portrays a loving story about a girl and a boy who meets one another and eventually falls for each other. The series has aired its 11th episode last week and is set for another episode. But, more than the episodes of the series, it’s the behind the scenes video of the series that’s grabbing attention of the viewers.

A recent behind the scene video of the Snowdrop saw Jung Hae In and Jisoo discussing their kissing scene with the director. The video had both the lead pair looking for their scene to be perfect and having fun with each other simultaneously after they perfected their shot.

The video from the sets of Snowdrop has been loved by the viewers a lot. But, there’s one more video that has caught the sight of the viewers and it’s literally amazing to watch.

There’s one more video that has been doing round on the internet and yes it’s from Snowdrop sets. The video can be seen with Jisoo and Kim Hye Yoon as they finalises their scene after deciding its details. Later both completes their shot and starts grooving with each other.

Both Jisoo and Kim Hye Yoon dance as Jisoo get amazed seeing Kim dancing, and the former tries to imitate Kim. The video then shows Jung Hae In, Yoo In Na, Jang Seung Jo, Kim Min Kyu joing both Kim Hye Yoon and Jisoo. Moreover, Snowdrop is yet on for another episode to air it soon.