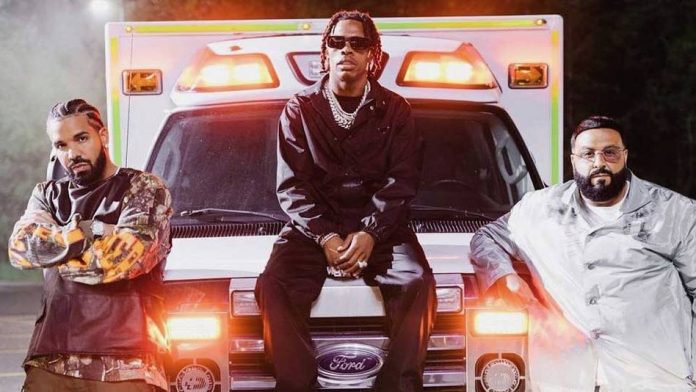 DJ Khaled is in album mode and has started promoting his God Did LP with the release of the new song “Staying Alive,” which features Drake and Lil Baby.

The We The Best leader released the track’s cover art on Instagram ahead of the release of the album’s debut single on Friday (August 5), referring to it as an “anthem.”

The Miami billionaire also disclosed in the same post that the much-anticipated God Did album would be released on August 26. At the end of his article, he added, “Win with us…or watch us win.”

Lil Baby and Drake have a long history of collaborations between DJ Khaled (“You Stay,” “Every Chance I Get,” “Weather the Storm,” “Body In Motion”) and them, but this is the first time they have worked together on the same song.

God Did, Khaled’s upcoming 13th studio album, is anticipated to have A-list collaborations with Kanye West, Future, and JAY-Z, who on Monday night recorded and handed over the vocals for his guest verse (August 1).

Young Guru tweeted, “HOV is the best of all time,” which heightened the fervor. This issue is beyond discussion!

He captioned the photo, “If you’re a genuine Artist you know exactly where this is and you know precisely what’s occurring.” RT @djkhaled: RT @youngguru763 The BEST person to ever perform this crap!