The unusual case of lung damaged came forward when a 17-year-old boy admitted to the Henry Ford Hospital in Detroit.

The boy suffered from the vaping injury due to which both of his lungs were totally damaged. The doctors took the risk of transplanting both the lungs.

The doctor who is involved in the surgery was Dr. Hassan Nemeh, with 20 years of experience, he said that never in his career he ever saw the lungs as damaged as this patient. ‘It’s an evil I’ve never faced before.’

The Henry Ford doctors also said that this is the first case like this in US history, as they are the first time seeing the lungs which are irreparable due to vaping.

The patient’s parents asked the doctors to share his lung pictures to warn others that what the simple act of vaping can do.

In the press conference, Nemeh showed the lung of the patient on the left side compared it with the healthy lung on the right. 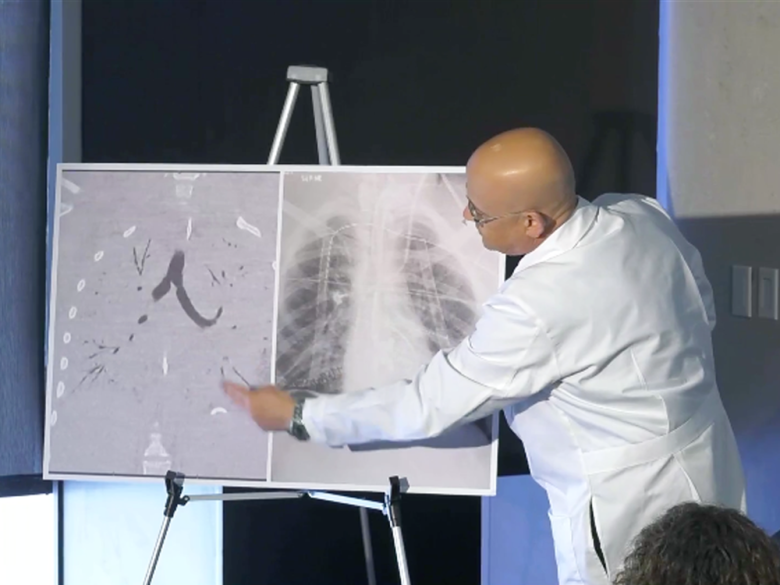 As compared to a healthy lung the patient’s lung damaged and inflamed and what is left is only the black patches.

The boy’s condition began to deteriorate on September 5, and in a week his breathing became worse, then he was shifted to Michigan’s Children’s Hospital.

Despite giving ECMO he was not recovering and was brought to Henry Ford Hospital on October 3 and after a week his lungs were transplanted.

After this case, the CDC warned people to not use or buy e-cigarettes, or any vaping related products.

Previous article
Drake took to social media to clap back at haters for being booed off stage during Camp Flog Gnaw festival! Tyler, The Creator angry at fans for shaming his Guest!!!
Next article
Selena Gomez kisses Julia Michael at her music concert and both show off matching tattoos; While Justin Bieber goes on Romantic Lunch Date with wife, Hailey Baldwin!