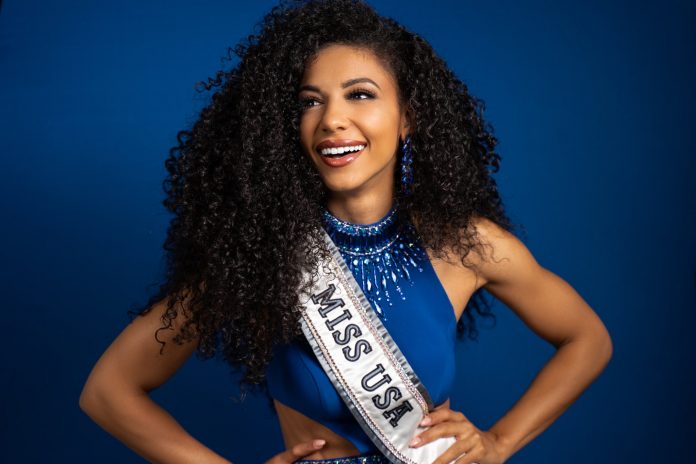 Cheslie Corrinne Kryst was an American model, a television presenter and a beauty pageant titleholder who was crowned Miss USA 2019. She also represented USA in Miss Universe 2019 Competition.

On 30th January, 2022, Kryst passed away by committing suicide, as per the New York City Police. Before she died, she posted a picture with a caption saying, May this day bring you rest and peace.

Below is the picture she posted with the caption:

Kryst family members shared the tragic news of her death. They added that her great light had inspired others around the world with her beauty and strength.

They said that she used to serve others whether through her work as an attorney fighting for social justice or as Miss USA or as a host. Above all this she was a daughter, a sister, a friend, a mentor and a colleague. Her impact in this world will stay forever.

Miss Universe 2021, Harnaaz Sandhu posted a picture too expressing her grief. She wrote that this was heart-breaking and unbelievable and Cheslie had always been her inspiration.

The national syndicate program Extra said that she was just not the vital part but also the beloved part of their Extra family. They expressed condolence to her family and friends.

See also  The pre-eminent, controversial youtuber decides to respite a couple of months from the beginning of the next year

Many others have posted their feelings for her in their social media account.

I am deeply saddened to learn of my friend Cheslie Kryst’s passing. Cheslie was an inspiration and a role model for so many.

She was brilliant and talented, and she used her gifts to uplift women and pursue a better world. She will be sorely missed. pic.twitter.com/mIQCy9fgTv

Thank you for being the representation in the pageant world I so desperately needed to see. Rest peacefully 💔 #CheslieKryst pic.twitter.com/shDYIqdqx1

In 2019, she became Miss North Carolina USA. Then her firm appointment her as their diversity advisor.

She hosted Miss Universe pageant, they called her the brightest, warmest and the most kind person they had and the whole community cried for her loss.

She was not only beautiful but the kindest and was a great human. No doubt, the world has lost another gem.