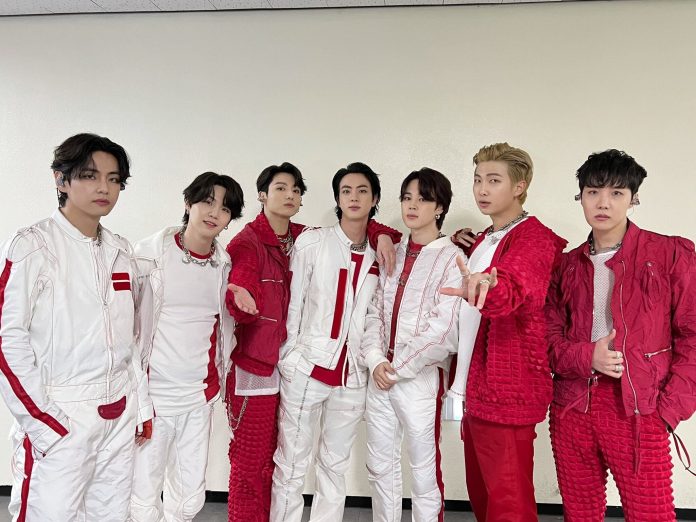 The Grammy Award’s Night of 2022 is going to be super amazing as BTS is going to perform. They will be taking the stage at that night.

The Recording Academy Office had announced the line-up for the 64th Grammy Award’s on 15th of March. There, they mentioned BTS, who will be performing at the Award’s Night.

We will be performing at the #GRAMMYs April 3 on @CBS! See you on Music's Biggest Night @RecordingAcad!#BTS #방탄소년단 pic.twitter.com/u5glcAtgtY

Not only that they are performing on the Award’s Night, their hit song, Butter has been nominated for the Best Pop Group Performance. They are in the nominations for the second time.

Their song, Butter had hit the list of Hot 100 at 1st position and they were ruling that position for 10 weeks.

The BTS band has just completed a live stage concert at Seoul, Performance To Dance On Stage. The event took place on 10th, 12th and 13th of March.

Further, a week after Grammy Awards, BTS is to host a concert, Permission To Dance On Stage at MGM Grand Garden Arena. The live concert will be hosted on two consecutive weekends, dated, 8th, 9th, 15th and 16th.

Other performers for the big night

Along with BTS, many other artists are performing on the Grammy’s Night. Billie is going to perform for the third consecutive time on the Grammy’s Night. Last year, she had performed on Everything I Wanted. Further, in 2020 she had performed When The Party’s Over featuring Finneas. This year, she made the nominations with the song Happier Than Ever. Along with them, the lineup includes Billie Eilish, Lil Nas X with Jack Harlow, Olivia Rodrigo, Brandi Carlile and Brother Osborne.

The Awards will be live in 3rd of April 2022. The World is eagerly waiting to know the award winners on the Grammy’s Night and wishing for their favourites.

Previous article
‘Before We Die’ : Channel 4’s crime thriller is Coming back with Season 2
Next article
Brian Cox of Succession Immaculately Recreates The Centric Scene From Euphoria!