BTS Announces Las Vegas As Their Next Stop On Their Tour 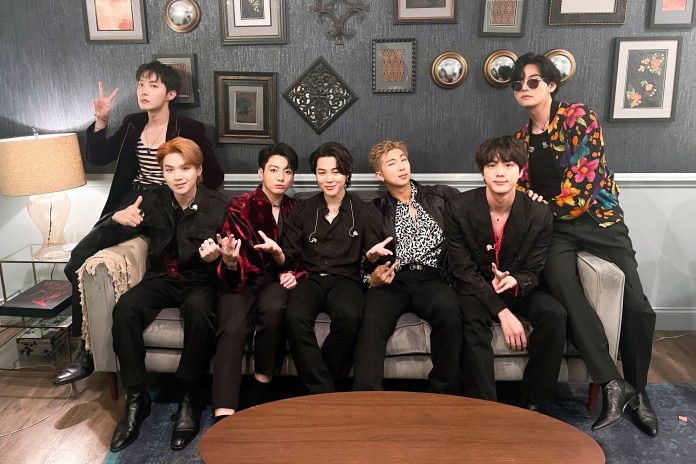 After announcing their concert dates in Seoul, agency of the BTS band, Big Hit music announces the dates of their Concert in Las Vegas.

Their Concert name, Permission To Dance On Stage will continue in Las Vegas. Further, it will be a four day event held on April 8, 9, 15 and 16.

When we talk about the concert dates, it becomes more exciting because 3rd of April will be The Grammy Awards Night in the same arena. The band is in the nominations for the best pop group category for their track Butter. Further, this time it will be their second Grammy nominations.

It will be a four day event on April 8,9,15 and 16 at MGM Grand Garden Arena. There will be a live concert on all the four days. Further, the performance of the last day will be streaming live on an online platform.

In fact, there will be a live screen outside the stadium where the fans can watch the concert. The large screen showing the live performance will be available on all the four days.

Through their social media, they informed about their Continuation of the concert in Las Vegas. This March, it will be their first concert after the pandemic at Seoul Olympic Stadium. Further, in April, they will be Live at Las Vegas at MGM Grand Garden Arena.

On 3rd of April 2022, it is going to be their second Grammy nominations and ever since, BTS has never won a Grammy. Their track, Butter might be their first ever Grammy Winning track.

Last year, in 2021, BTS had a concert in Los Angeles at SoFi Stadium. Further, with such a huge fan base, they had four sold-out shows with thousands and thousands of fans at the stadium. As per Billboard, the band grossed approximately $33 million by selling 214,000 tickets of their show in LA.

Also read: GET READY, RED VELVET GOING TO GREET FANS WITH A CONCERT IN MARCH!