More
HomeCelebrityAdele Shocks Fans with her Upcoming Hosting Gig on SNL this Week!...

Adele Shocks Fans with her Upcoming Hosting Gig on SNL this Week! You must Check it Out 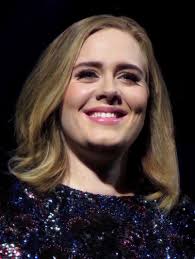 Adele looks almost unrecognizable as she is prepping for her appearance in the popular show, SNL. The singer jas already been creating quite a buzz with her drastic weight loss and she indeed looks completely different in her new avatar.

As fans are eagerly waiting for the Hello hitmaker to make her appearance on SNL, the official page uploaded a picture of the singing sensation concentrating on her script carefully on the sets of the show.

As the singer is seen in all-denim wear and a single black mask, fans could notice the drastic weight loss that Adele recently underwent. Here’s the picture of the singing sensation as she looks into her script.

The Hello Hitmaker Is All Excited For Her Hosting Gig On SNL!

The singer too posted a picture that started the date on which she would be appearing for her first-ever hosting gig on SNL. Adele also wrote about how excited and terrified she is at the same time. She will be coming on the show along with H.E.R. and she will be the musical guest for the night. Here’s the small teaser that has been released by the show and Adele sure looks a whole lot different and unrecognisable as well!

Moreover, SNL  has already released a small teaser where Adele and H.E.R. is announcing their appearance in a funny way . So expect loads of fun and musical magic this week on SNL. With two musical geniuses  on board, we are going to have a melodious and fun night ahead. Moreover, this is going to be Adele’s big on-screen appearance after a while after she lost all that weight.