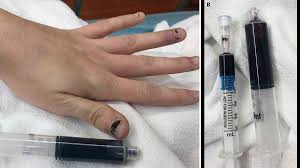 A woman in Providence, Rhode Island, walked into an emergency department with complaints of weakness, shortness of breath and fatigue, and she was turning blue. This unique and scary case was shared by Dr. Otis Warren and Dr. Benjamin Blackwood in a study published in the New England Journal of Medicine this Thursday. 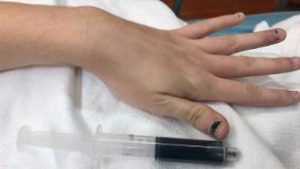 The study described the 25-year-old patient as looking “cyanotic,” which is the clinical term for looking blue. The doctors ascertained that the reason for her ailment and turning blue was a numbing agent that the woman was using that deadens nerve endings in the skin. The woman has taken a large amount of topical benzocaine the previous night for a toothache. 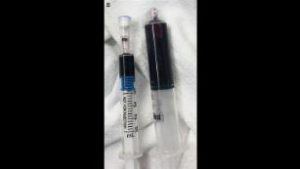 Dr. Otis Warren is the emergency medicine physician at the Miriam Hospital in Providence and shared that he has only once seen a blue patient, and that was during his residency years. That visual has intrigued him into trying to identify the woman’s condition. He shared in his interview with CNN, “It’s one of those rare cases that we’re taught about, you study for, you take tests on, but you rarely ever see.” 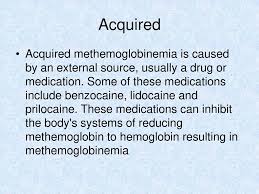 The diagnosis was that the woman has “acquired methemoglobinemia,” which is a reaction that is caused by certain medicines that stops the blood from carrying oxygen to the tissues. Normally oxygen-rich blood is red in color, the patients’ blue blood with methemoglobinemia, had high oxygen levels. But the blood does not release the oxygen to the tissues, and this makes the patient appear blue. 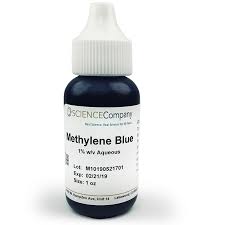 And it is not surprising that the antidote is also blue in color. Methylene blue helps provide the missing electron to the hemoglobin in the blood and restores the oxygen level and helps the blood release the oxygen to the tissues. 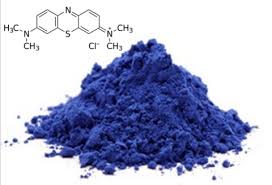 The doctors have warned the people to be careful in using balms like topical benzocaine which in high doses can even cause death.

Major deal for North America: TEAM17 HAS IN SWITCH ESHOP SALE AND YOU CANNOT MISS IT! Checkout what they have to offer!
Teenager stabs another to death while others shot videos of the incident.